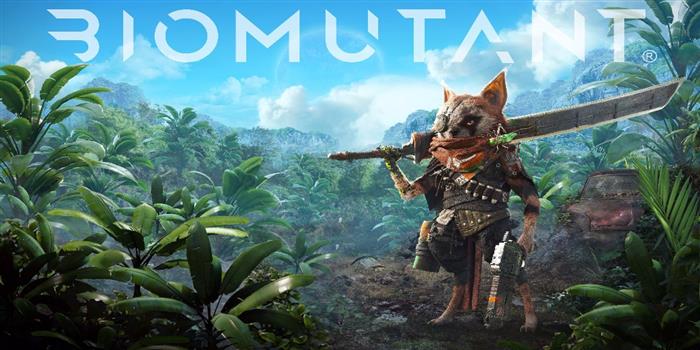 THQ Nordic has released a new gameplay teaser for their upcoming open-world, action-RPG, Biomutant. Although brief, the trailer lends a lot of insight into what players can expect when they get their hands on the game this year.

The trailer focuses on two key aspects: traversal and combat. Throughout the course of the video, the player controlled character (a raccoon with bionic and mutant powers) uses a variety of gadgets to move around the environment. The two highlighted the most are several forms of a grappling hook and a set of glider wings. These options allow for the character to move quickly around a large open-world filled with many different environments.

The combat showed off focuses on four key elements. Melee combat shows the character using a blade to perform various combos both in the air and on the ground. Dual-pistols allow for ranged combat, while different mutations allow for offensive and defensive options. The final combat mechanic showed off were various mech-type machines. Early in the trailer, we see the raccoon controlling a hand that is firing projectiles from a finger. The end of the video shows a quick glance at a full-on mech-suit.

Biomutant is set to launch for PC, PlayStation 4, and Xbox One in 2018. Check out the gameplay teaser below: