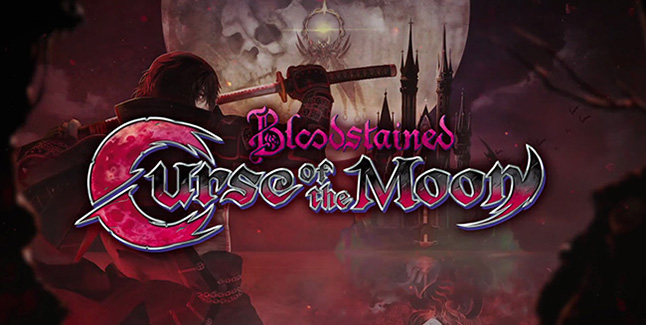 Late last week, the official Bloodstained twitter dropped an 8-bit bomb that Bloodstained: Curse of the Moon would be coming to consoles and PC “soon”. How soon? Well Iga himself announced that the game is coming out May 24th for 3DS, PS4, X-Box One, Nintendo Switch, and PC.

Battle with swords and whips in Bloodstained: Curse of the Moon, an 8-bit standalone bonus game by Koji Igarashi and Inti Creates. Tune in after the weekend for more details on dates and platforms.#bitsummit @IntiCreatesEN @t_aizu pic.twitter.com/besSAP39WZ

Judging from the gameplay trailer introduced by Koji Igarashi, the players will be swapping between characters Zangestsu the sword and chain wielding demon hunter, Mirium the Knife throwing and whip cracking slayer, Alfred the spell wielding alchemist, Gebel the shape shifting human hater. All of these swaps will be on the fly which promises to lead to unique gameplay scenarios.

The world is still in anticipation of the release of Bloodstained: Ritual of the Night hopefully coming later this year. Until then, it looks like we can look forward to this fully immersive adventure from Koji Igarashi and Inti Creates!