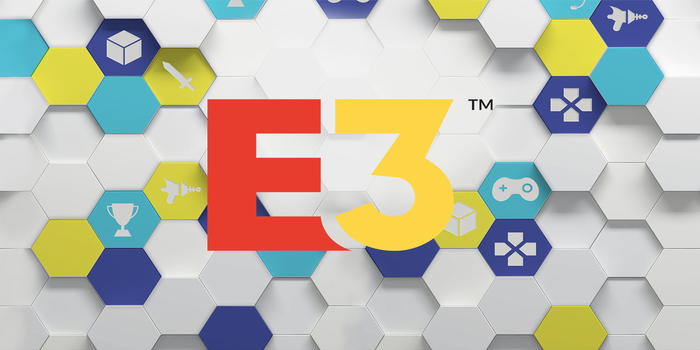 If someone was to dive into the social media reactions to the suite of 2018 E3 press conferences, they are going to see a lot of negative reactions. However, this year, it seems to be ramped up to a new level. The line of critiquing for all intense and purposes was crossed this year. In its place, it isn’t hard to find personal attacks, illogical anger, and hyperbolic claims. Without going into specifics, here are just some general themes that I have found:

This is just a small sampling of some of the themes you will find when looking at responses to this year’s press conference. Honestly, it is a shame. E3 should be about celebrating video games and what makes this medium of entertainment so special. Following the theme of celebration, I decided to look at one thing that made each press conference worth praising.

EA Originals, EA’s program supporting independent studios has been the highlight of their show. The initiative has helped bring games like Fe, Unravel, and A Way Out into the spotlight, giving smaller studios a chance to shine. This year was no different with the reveal of Unravel Two from Coldwood Interactive and Sea of Solitude, being developed by Jo-Mei Games. Reveals of EA Originals are always special because you can see these developers wearing their emotions on their sleeves. Think back to the reveal of the first Unravel. Creative Director Martin Sahlin’s hands were shaking as he showed off his game to the world. This year, Cornelia Geppert gave a touching speech when introducing Sea of Solitude to the world. For all of the flack EA takes, EA Originals is something that should continue to be praised and celebrated.

Microsoft: Setting the Table for the Future

Microsoft has taken a beating over its first-party lineup for a while. For the immediate future, that isn’t going to change. A huge chunk of the reveals at their show, outside of the standards(Forza, Halo, Gears, Ori, and Cuphead) are multiplatform games. However, Phil Spencer and his team are putting the pieces in place to right the first-party ship. With the acquisition of Undead Labs(State of Decay), Playground Games(Forza), Compulsion Games(We Happy Few), Ninja Theory(Hellblade, DmC: Devil May Cry), and the creation of The Initiative (brand new Santa Monica based studio), Xbox now has the teams in place to start creating amazing first-party experiences. Change doesn’t happen overnight, but this is a first step in the right direction.

Doom and Wolfenstein are getting new games, Fallout is going online, and Starfield and Elder Scross VI are in the works(kind of). However, what put the biggest smile on my face during the Bethesda show was the new content coming to Prey. This is a game that despite being critically acclaimed, didn’t do great in the market. So to see Bethesda give Arkane the chance to release new features for the game is something to be celebrated. Three new modes, New Game+, Story, and Survival have been added in, with two additional modes, Mooncrash and Typhoon Hunter coming down the road. Whether this turns Prey around in any major way is yet to be seen, but it is really cool to see Bethesda supporting Arkane and giving them a chance to do so.

Yes, Square Enix’s video presentation was short, and there was a noticeable absence of some major titles. However, that shouldn’t take away from the reveals that they did have. Specifically, the announcement of Babylon’s Fall, a new game coming from PlatinumGames. This developer/publisher relationship did great with Nier: Automata, so it is nice to see the two at it again. Not much is known about Babylon’s fall at this time, the reveal trailer for the game was heavy on lore and didn’t show any gameplay. However, I have learned never to doubt Platinum when it comes to melee based combat.

Go back one year to E3 2017. The idea of Mario combining with Rabbids in a strategy shooter seemed absurd. However, somehow, Ubisoft and Nintendo managed to make it something special. How would these two companies follow that up? How about Star Fox making an appearance in the upcoming toys to life space combat game Starlink: Battle for Atlas. Partway through the game’s E3 trailer, a familiar set of sound effects tipped off fans to the appearance Star Fox in the game. It was later announced that Fox would be an exclusive addition to the Switch version of Starlink. The relationship between Ubisoft and Nintendo is turning into one of the most intriguing partnerships in the gaming industry. What crazy crossover will they think of next?

Yes, the first twenty minutes of the Sony Media Showcase, plus the intermission was bizarre, weird, and threw off the pacing for the start of the show. But don’t let that take away from what was shown. Shawn Layden said we would be getting extended looks at four upcoming exclusives(Spider-Man, Ghost of Tsushima, Last of Us Part II, and Death Stranding) and that was exactly what was delivered. Extended demos, let alone four in one show aren’t common in press conferences. Each of these games showed incredibly well on various levels. They all had their moment to stand alone and amaze fans. No amount of bad pacing should take away from that.

Nintendo: The Deepest of Deep Dives Into Smash Bros. Ultimate

Of Nintendo’s forty-two minute E3 direct, twenty-five of those were spent introducing the world to Super Smash Bros. Ultimate. In that time, there was plenty of information, for both competitive and casual fans alike. They took time not just to introduce a roster made up of every character from each previous game, but also to show off changes to gameplay, mechanics, character voices, and so much more. Smash Bros. is up there as a flagship title for Nintendo, just like Mario or Zelda. Giving it this kind of time shows the confidence and belief they have in the franchise to do what it has always done. Create chaotic and wild fun for everybody.

So there you have it. One moment that makes each press conference worth celebrating. Remember, E3 should be about embracing what makes video games great. Let us know what your favorite moments were!