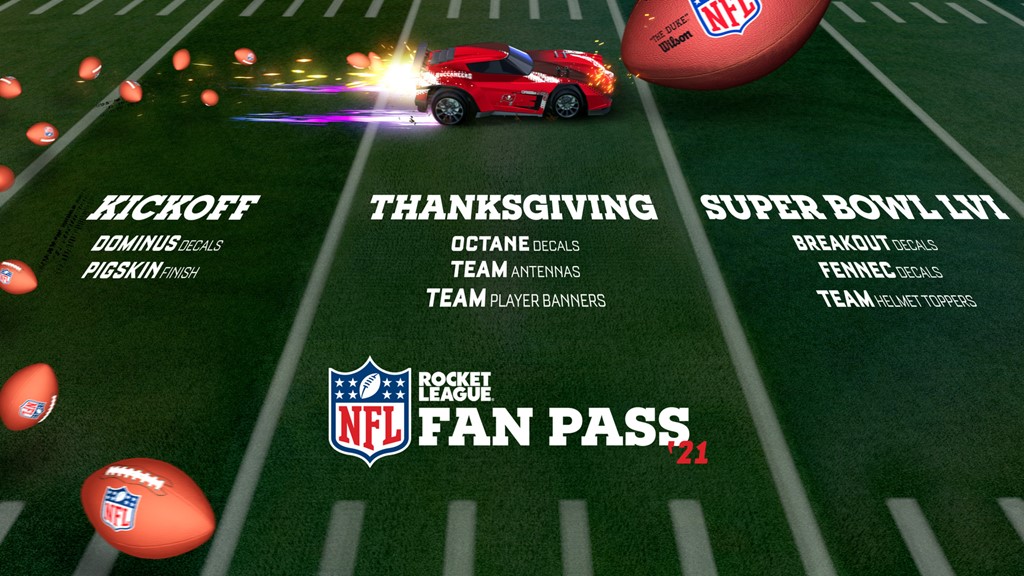 Psyonix, the San Diego video game developer, in partnership with the National Football League (NFL), announced that the new 2021 NFL Fan Pass will be available in Rocket League beginning tomorrow on all platforms!

The NFL Fan Pass will be available for 1000 Credits and is a new bundle type in-game which will unlock additional NFL content throughout the 2021 NFL Season. When the NFL Fan Pass is available tomorrow ahead of the 2021 NFL Kickoff, players will receive new animated Dominus Decals of all 32 teams in the NFL and the new Pigskin Paint Finish. For future content, players who own the pack will have the new items added to their inventory automatically. The additional NFL content drops coming to the game in the future include:

The Limited Time Mode (LTM) Gridiron will also be returning to Rocket League beginning tomorrow until September 15. There will also be new NFL-themed Challenges for players to complete that unlock the new NFL Topper and NFL Boost.

Lastly, the Gridiron Games is coming back and can be viewed on Twitch tomorrow at 10AM PDT / 1PM EDT! In the Gridiron Games, Rocket League pros and content creators will celebrate the return of the NFL by playing Gridiron mode in a single-elimination bracket consisting of four teams.