One commonly used phrase, “rouge-likes,” has been thrown around a lot over the last two years or so.  So it was only a matter of time before a game like Ascendant came along.  A game that is so frustratingly difficult, that I only made it through the first couple of levels.

There is nothing inherently wrong with punishing games.  In fact, the likes of Dark/Demon Souls, Spelunky and Super Meat Boy have been some of the most popular games of the last few years.  However, where those games allow you to learn from your mistakes, Ascendant is condemnably unfair. 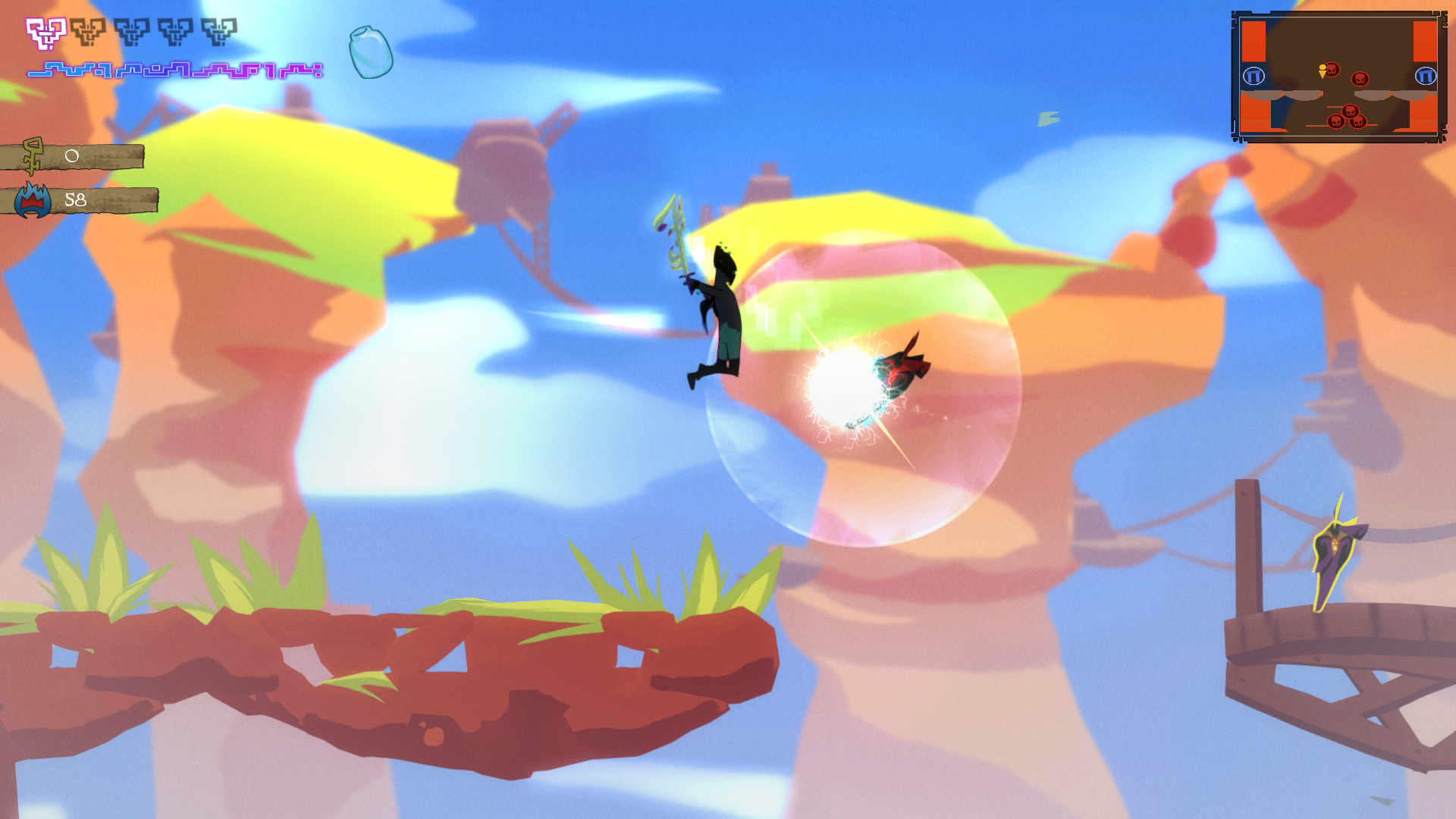 When you begin your journey, you are given the choice of two gods, each with their own fighting power.  This god is seemingly tasked with fighting sword-wielding grunts, overpowered bosses, and side stepping around spike traps.  Each stage you encounter is named and styled after the seasons of the year.  By beating these stages and besting your opponents, you can improve your character to become more like a god should: powerful and ultimate.

As previously mentioned, Happa Games fails at delivering the experience of playing a god.  Within the first few levels, I was killed by an overwhelming amount of enemies, some damnable spike traps, and bosses so powerful that you will most likely be killed in two or three hits.  Nevertheless, the developers still managed to create smooth gameplay, a unique art style that is endearing, and a charming soundtrack that continued to be appealing each and every time I died.

The gameplay, although frustrating when you are dying, does allow you to parry enemy’s attacks, and with success, knock them into other foes.  This core mechanic is the basis of your survival.  You can block incoming attacks or launch your own brawling fists of fury.  When you manage to stagger your enemy, you can than launch them into the air and fling them at your opponents.

The upgrade system can be of some help when you finally get the ball rolling.  Along the way, you will also encounter better weapons and spells, special one-use breath attacks, enchantments, and blessings.  These are usually hidden pretty well, so you will have to explore a bit to encounter most of them.  You can also purchase items at various shops, but I never encountered enough Influence (in game currency), to actually buy anything of use.  Additionally, the upgrades never seem to correspond with the level of enemies that you are going up against.  You can spend all of your time working on building up your strength, just to encounter a level, which are randomly generated, with more enemies than you could ever think of defeating. 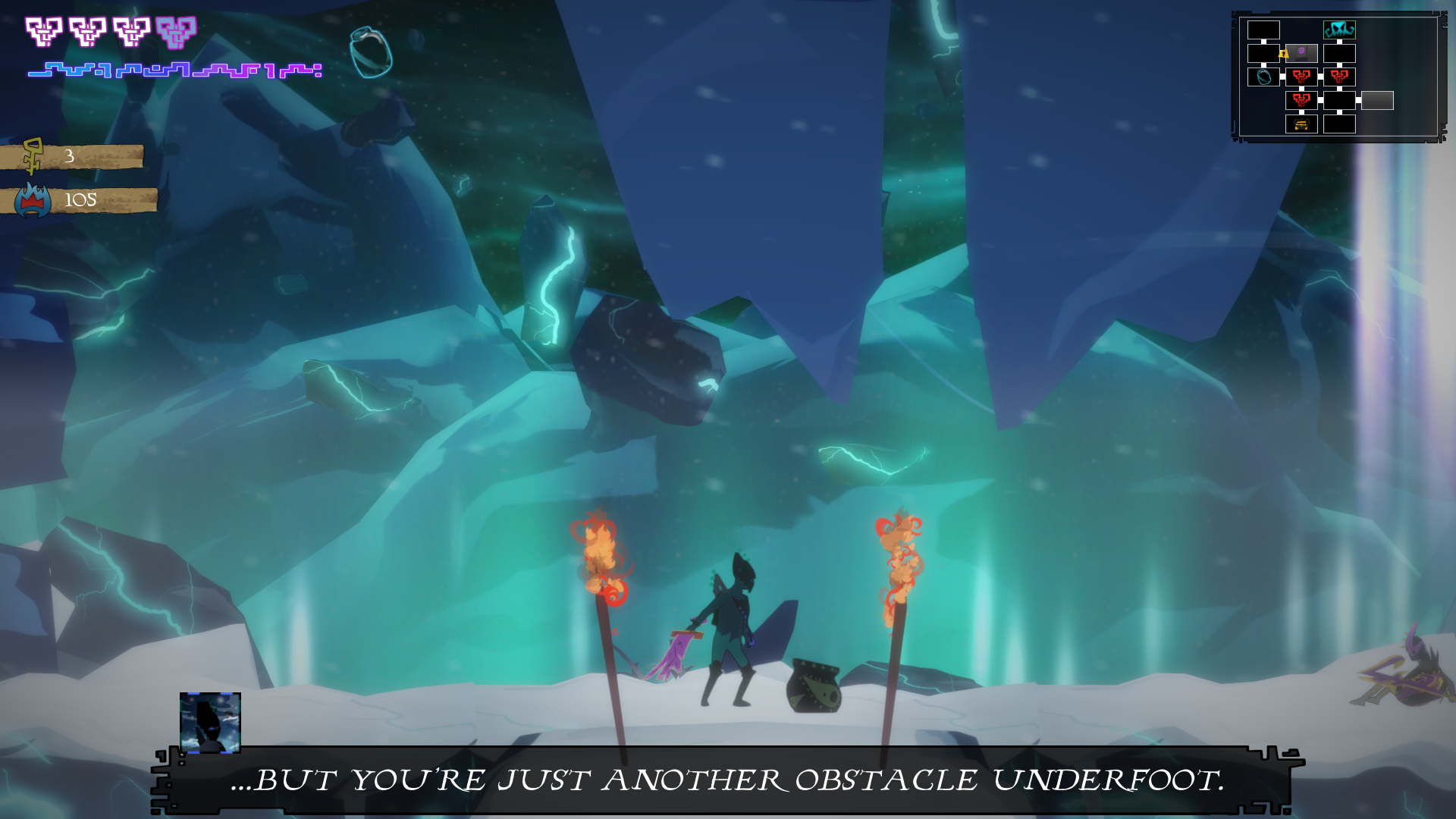 When everything is said and done, Ascendant is restricted by its unreasonable difficulty.  If you are truly dedicated at mastering this game, then you will be treated to one of the most beautifully rendered worlds I have seen in any indie title.  Similarly, the characters, at least the two that I managed to unlock, seem to perfectly fit within the design of the game.

Perhaps if Happa Games allowed you to carry over your progress from one playthrough to the next, than Ascendant could really shine with potential customers.   Yet, as it stands, I don’t know too many people who will enjoy the brutality of this title.  Unless you are the most hardcore of gamers, for the stress that it will likely cause you, you may as well keep your ten dollars and try something else.