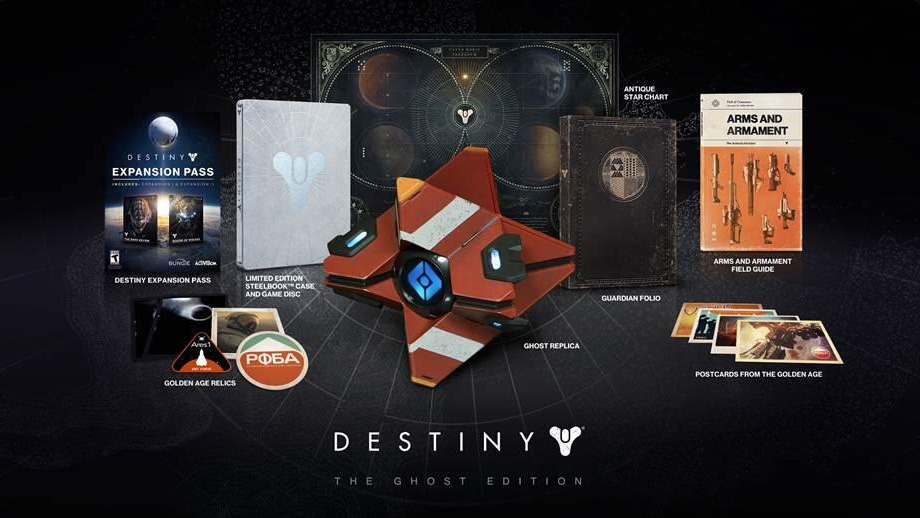 Bungie has finally announced two collectors’ editions for their upcoming game Destiny. First up is the Limited edition. The limited edition includes the game itself plus the following

The limited edition comes in at $99.99 which, considering it comes with that Expansion pass is a great deal. Next up is the Ghost Edition. The Ghost Edition comes with everything stated above but also comes with a life size replica of the Ghost robot from the game, what makes it even better is, it lights up and has the voice dialogue! Woot for more Peter Dinklage! This can all be use at the price of $149.99. One thing to be said about the Ghost Edition, Bungie did say that it was going to be in very short supply. So if you have any thought of getting the Ghost Edition of Destiny, you are going to have to act fast.

Finally, there’s also an $89.99 Digital Guardian Edition for those looking to skip the disc version of the game. It includes a digital download of the game, early access to Vanguard armory and player emblem pre-order bonuses, a reservation for upcoming Destiny expansions “The Dark Below” and “House of Wolves” (each of which includes new Story missions, cooperative and competitive multiplayer arenas, and a “wealth” of new weapons, armor, and gear), and the aforementioned Collector’s Edition Digital Content. You can also grab it Amazon.