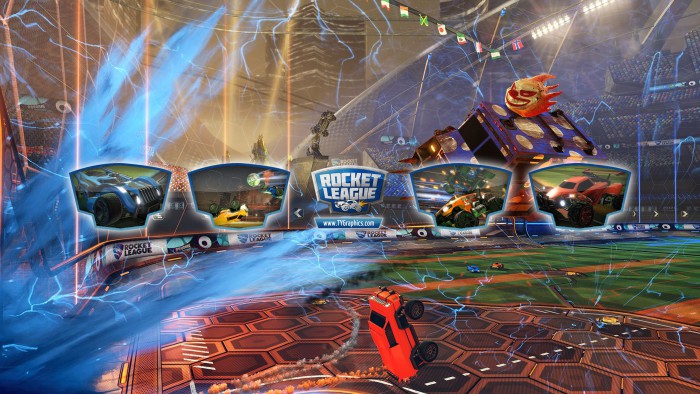 Jinx Inc. (stylized J!NX) and independent video game developer and publisher Psyonix have released a new line of licensed apparel based on the indie smash-hit Rocket League today at https://www.jinx.com/rocketleague .

“Rocket League is a huge favorite for the team here at J!NX – we’ve even held our own company-wide 2v2 tournament just for bragging rights. We can’t wait for fans to see the sleek products we’ve put together to celebrate this amazing game,” said Sean Gailey, J!NX co-founder and CEO.

Rocket League performance jerseys, hoodies and an array of comfortable tees mark the first pieces to be created and produced by J!NX in what will eventually evolve into a complete line of clothing and accessories. Designed with fun and fierce competition at heart, J!NX’s label is specifically crafted to suit the tastes of both traditional and professional gamers alike. New items are available now at JINX.com, with an even larger selection slated to roll out in 2017.