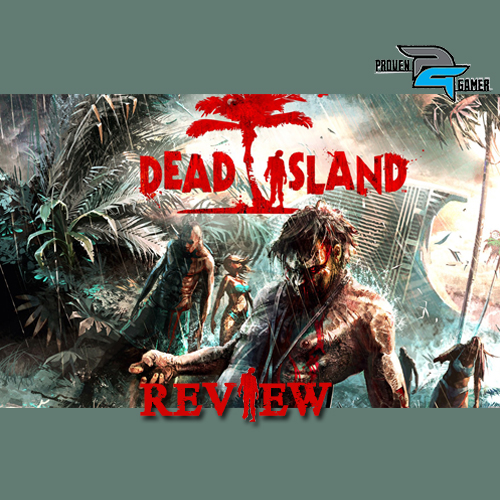 Each character’s expertise help define what type of character you will play through the game (i.e. tank, support, etc.). This can be helpful guide for those RPG/MMORPG fans out there who’ve invested countless hours into a particular characters class.

Now that you’ve decided your preferred method of killing the undead, it is time to start your adventure. You start off (like just about any ordinary zombie movie or video game) confused and unaware as to what is going on around you. Traveling around empty corridors leads to an open scene of your gaming world, followed by the inevitable zombie revelation, chase, and rescue from others.

Once you’re rescued by others, you’re told you have been bitten but are immune to the zombie plague (a bit cliché for any zombie fan). If zombie threatening to devour you wasn’t enough, you’re told a monsoon is approaching the island. The survivors will, of course, need your help finding safety from the deadly threats on Banoi.

With that in mind, you’re off to explore an open island and battle the undead.

Dead Island is composed of a ton of features that have helped benefited Fallout 3, Elder Scrolls, and Borderlands. Traveling across a lush and open environment will make you stop to appreciate the game world (only for a moment). Opening up every tourist travel bag will give you items or currency, which feel a great deal like Fallout 3 (so rummage through every travel bag you see I’m the game). Finally, the experience points awarded and level up method seems very similar to Borderlands.

There is also the ability to listen to other survivors’ back stories and decide to accept their side quests or not. Some side stokers may not seem interesting, but listening to it is necessary in order to accept a quest.

One of the most impressive features is the weapons durability and upgrade system. Weapons won’t last forever when you’re fighting for survival. As your weapons’ durability decreases, their appearances change and as does their method of use. I used a wooden boat paddle in the beginning of the game and watched pieces break off after killing a couple of zombies. Towards the end of the paddle’s lifespan, my character was holding a simple (and barely recognizable) piece of wood. The detail in weapon structure throughout combat is definitely an impressive site to see.

Combining certain items to create a powerful weapon seems almost necessary when you are battling tons of undead tourists. Crafting a battery, electric cables, and a machete together helps to create a stun status on your enemies in the heat of survival. In Dead Island, you will need these weapon upgrade advantages.

There is a diverse group of zombies scattered throughout the island and each type needs a different tactical approach. Slower moving zombies may not seem like a threat at first, but game progression will show you that multiple slow moving zombies can get the upper hand on you. When I first approached the RAM zombie (a hulking undead character in a mask and straight jacket) I wasn’t fully aware of the battle and almost lost against this creature.

Playing 2-4 player coop in the game is a great addition to the open world zombie RPG. Teaming up with friends to complete quests (just like Borderlands) can be easier than taking this world on you own (and adds to the fun factor).

A repeated story and uninteresting back story for quest giving characters may be a turn off for the game, but they’re overshadowed by the fun and exciting experience you’ll have killing a plethora of zombies on a sandy beach.

I give Dead Island a thumbs up for our ProvenGamer fans.