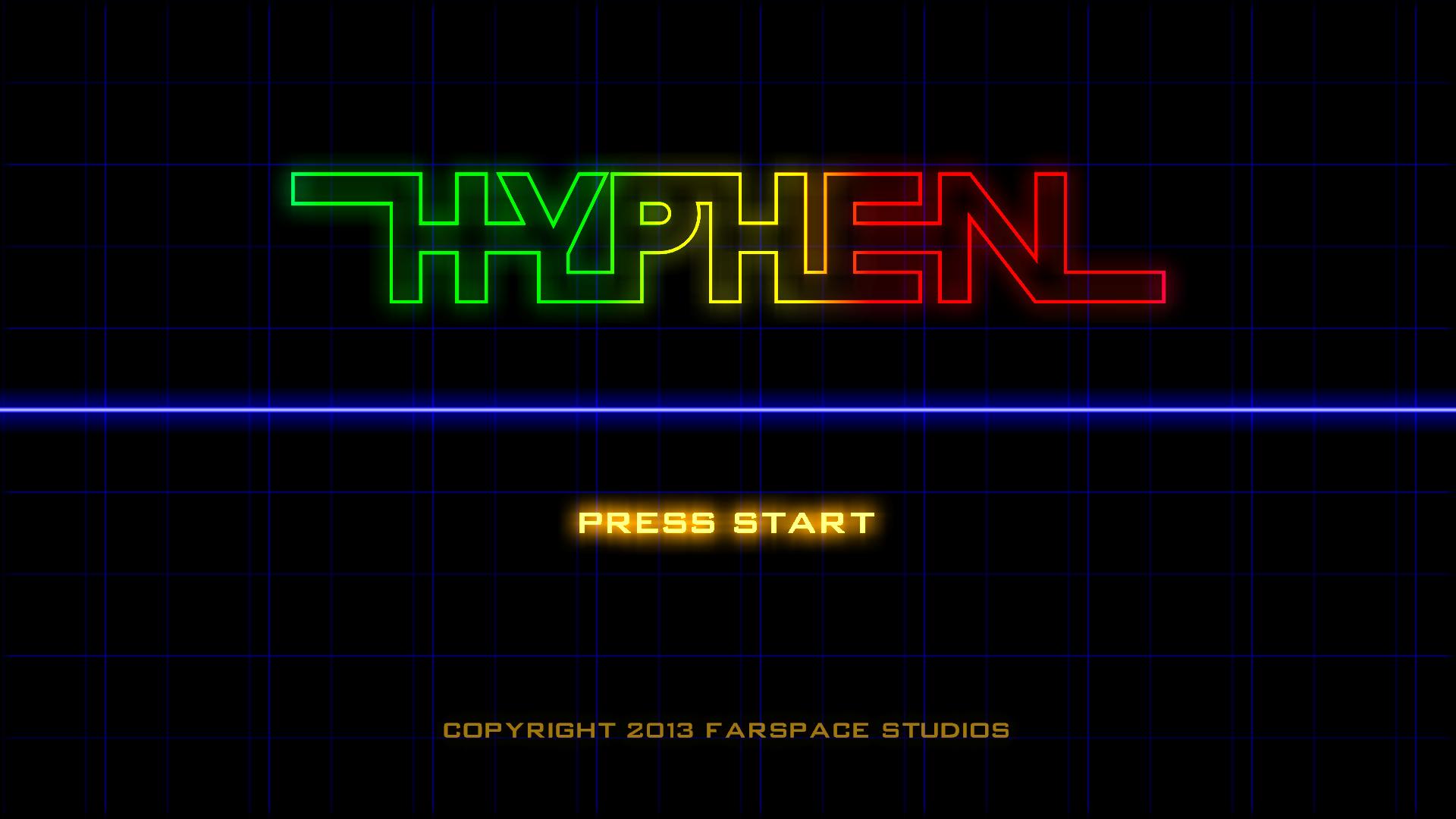 *Note: I did not finish Hyphen due to the games extreme difficulty. I finished roughly 2/3’s of the game.

Hyphen is an Indie game created by a studio called Far Space Games. When I received this review, I had no idea what to expect. Little did I know that I had accepted to review one of the most frustrating games that I have played in my lifetime.

Hyphen is unique in fact, its only possible comparison isn’t even a video game, it’s the board game Operation. You control a large hyphen (a line?) that is constantly rotating clockwise at a consistent pace. From a top down point of view, you lead the hyphen through a maze of various obstacles, and if you touch the wall while trying to make it through them, you have to start at your last checkpoint. The obstacles range from laser guns firing at you, to narrow passage ways, to rotating wheels. Some levels had unique scenarios that offered features like shrinking your hyphen in certain areas in order to pass through and area. These were generally found as power-up like items, and could not be used outside that level.

You have no control in which way the Hyphen rotates, you do have some “control” over how fast it rotates. When I say control, I mean you can make the hyphen slow down a tiny bit. Unfortunately this ability was tied to how fast you could move the hyphen itself, so it was a fairly useless ability as far as I could see. Unfortunately, control is one of the factors that hurt Hyphen the most for me. This game is not suited for a keyboard. Period. Some may not have an issue with this, but moving diagonally through a narrow passage way on a keyboard was a huge pain for me.

As I mentioned earlier, the game is rather difficult. But it isn’t clever level design, or brain busting situations that make the game difficult. It comes down to the games mechanics. Games like Don’t Starve are extremely difficult and have trials that are overcome by knowledge and experience, and at no point do those games feel unfair. Hyphen doesn’t do this. The constant spinning of the Hyphen you control feels like it was simply implemented to raise the game’s difficult through the roof. Consider this situation from the game, the hyphen is rotating, and you need to get it through a narrow hallway. The hallway itself is LONGER than your hyphen, but the hallway’s width isn’t even big enough to fit two lines if they weren’t rotating. This isn’t good game design that is creating difficulty for the sake of making something difficult.

Hyphen’s appearance looks similar to Geometry wars, and art style I particularly enjoy, but where geometry wars was smooth and fluid, this game looks kind of clunky and cheap in comparison. The soundtrack isn’t awful. Some tracks had a tendency to annoy, while others I found kind of catchy. None of the game’s music will make it onto my iPod anytime soon, but I’ve heard worse soundtracks in games. The level design was often plain. A frequent obstacle was just a triangle sticking out of a wall and obstacle a friend of mine dubbed “the nacho.”

Quite honestly, Hyphen could have been a lot better and a lot more fun if Far Space focused less on difficulty and more on the game. Throw out the slowdown ability and the constant rotating and give me the ability to rotate freely, change the level design to fit these mechanics and this game would have already gotten much better. Just thinking of small changes like these makes me feel as though Hyphen was a missed opportunity and could have been so much better.

Hyphen isn’t a great game. The only way I feel as though you would get enjoyment out of this game is if you’re watching another person playing it and keeping failing at it. All and all stay away unless you want to get extremely frustrated and feel little accomplishment afterwards.