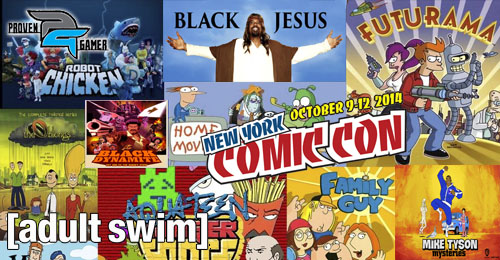 New this year, Adult Swim will also host a nighttime fan party along the Hudson River on Saturday, October 11th as part of New York Comic Con super week. The Adult Swim Tyrannic Maiden Voyage will take lucky fans for a three hour cruise featuring a night of NYC views & city sights, an up-close look at Lady Liberty, a live performance by a secret musical guest, and the company of your Adult Swim Friends & Family. Boarding time is 8:00 p.m. with a 9:00 p.m. departure. Free for fans 21 years or older, fans can RSVP on AdultSwimPresents.com starting on September 29th. RSVP is first-come, first-served. If you miss your chance to RSVP to the Adult Swim Tyrannic Maiden Voyage, be sure to come by one of the Adult Swim panels. Impress our panelists with a thoughtful question, and you might get a Golden Ticket to the boat cruise (must be 21 years or older).

See the full lineup below and please note all times, dates and locations are subject to change. For continuing information about Adult Swim’s plans at Comic-Con and for real-time updates during the convention, please follow us on Twitter @AdultSwimPR. While at the con, don’t forget to use Adult Swim’s official hashtag #adultswimtyrannic. Visit AdultSwimPresents.com for more details.

The beloved Triumph the Insult Comic Dog and fan favorite Jack McBrayer team up to star in a new live-action original comedy series that is set to premiere in 2015 on [adult swim]. Join co-creator and Triumph, Robert Smigel (Conan, SNL’s TV Funhouse) and star Jack McBrayer (30 Rock, Wreck It Ralph) as they discuss the new series.

Co-creators Seth Green & Matthew Senreich are joined by writer/actor Breckin Meyer to discuss the Emmy-winning series and upcoming special The Robot Chicken Lots of Holidays But Don’t Worry Christmas Is Still In There Too So Pull The Stick Out Of Your Ass Fox News. Watch a sneak peek of the special and prepare yourself for other surprises, including guest star Clare Grant showing off a tease of new pilot Team Unicorn Saturday Action Fun Hour! Keith Crofford will moderate the panel. Don’t miss the Robot Chicken signing Saturday, Oct. 11th, 12-1PM @ NYCC Autographing Area / Hall 1B.

Join the community of The Heart, She Holler for an early look at the upcoming third season, premiering in December on [adult swim]. Cast members Amy Sedaris (Strangers With Candy), Scott Adsit (30 Rock), and Judith Roberts (Eraserhead, Orange is the New Black) will be joined by executive producers John Lee (Wonder Showzen) and Alyson Levy (Wonder Showzen) to discuss the surreal soap opera, screen a never before seen episode, and take fan questions. Moderated by Gordon Lish (famed editor and Captain Fiction).

Mike Tyson is coming home to NYC and he’s bringing his new animated adult comedy series with him as Mike Tyson Mysteries makes its New York Comic Con debut. In Mike Tyson Mysteries, Mike Tyson is taking the fight from the boxing to the streets … by solving mysteries! Join Mike Tyson, Rachel Ramras (MAD) and producer Hugh Davidson (The Looney Tunes Show) as they share exclusive video and give fans a hilarious look at this all-new series premiering October 27th on [adult swim].

Join us for a three hour cruise along the Hudson, featuring a night of NY views & city sights, an up close look at Lady Liberty, a live performance from a secret musical guest, and the company of your Adult Swim Friends & Family.

Boarding at 8PM | Departure at 9PM

RSVP will open on 9/29 on AdultSwimPresents.com

Turner Broadcasting System, Inc., a Time Warner company, creates and programs branded news, entertainment, animation and young adult media environments on television and other platforms for consumers around the world. 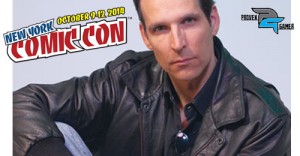 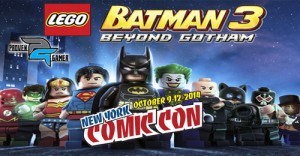 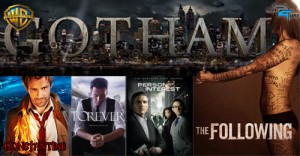