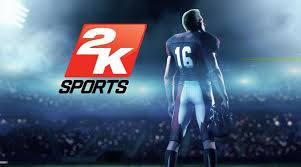 2K Sports looks to get back into the football gaming fray with a new release slated to come out this summer. Since fall of last year, retired NFL Hall of Fame quarterback Joe Montana and some 2K developers have been tweeting images and mo-cap videos of a new football game that they’ve been working on.

Now as everyone knows EA has had quite the tight grip on NFL licensed games due to theirs and NFL’s licensing agreement. That same agreement is the one that basically grounded 2K’s NFL series years ago. 2K has attempted to release unlicensed NFL such as AllPro Football 2K8 that featured retired players such as John Elway, Barry Sanders, and Jerry Rice, but with little to moderate success.

This latest endeavor, currently titled “Joe Montana Football 16” is slated for release on Xbox One consoles and Windows 10 PC’s, making use of the Windows 10 cross-platform technology that Microsoft has been touting about.

There’s a few exciting things to take away from this. The first being that the game is slated for release mid-July, a whole month before the next Madden game. This meaning that if the game is made well and meets expectations, it could impact EA’s sales of their Madden football juggernaut. Secondly, could the fresh look of a new franchise revitalize some hard core fans that have grown slightly disenchanted with Maddens cookie cutter format of football games over the past several years?

Again, if made well this could potentially be big for both MS and Xbox one. With virtually no options for football games on the PC and with a huge licensed NFL game in the works it could potentially draw hard core fans to take a chance on Montana 16, and for those fans to dive into their wallets and purchase an Xbox One console, if they haven’t done so already.
Keep an eye out for this one.