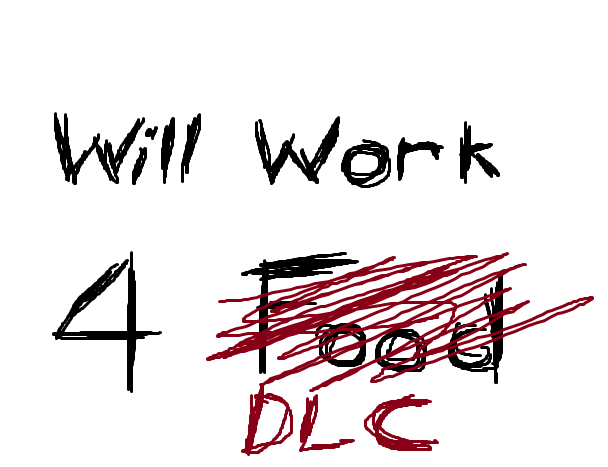 Who doesn’t enjoy DLC? It can add additional characters, extend the original game when it has run its course, and in some cases add almost a whole new game! This is, however, how it should be. Instead, we get a bunch of game developers pushing out DLC before the game has even hit the sales floor.

Look I will be the first to admit that I use to buy a lot of DLC. Oblivion was such an amazing game that when Shivering Isles came out I couldn’t wait to get my hands on it. When Call Of Duty first started its Elite program, it was what the season pass is now, I was one of the first supporters. Getting all the map packs for a cheaper price as long as you paid it up front seemed like a great idea. It was for a game that I knew I was going to play so why wouldn’t I? This right here, RIGHT FREAKING HERE, is where I should have seen things going downhill.

At first glance a season pass does seem like a great idea and to an extent, it is. Getting all the DLC at a cheaper price is awesome, as long as this DLC is not already made. The problem being that some of that DLC you are pre-purchasing is already done and that company just wants to get more money out of you now and not give you that chance to see if the game is worth investing more money into. The saddest part of this is so many games either come out and are just bad or, even worse, they are broken.

“Hey guys! We are so happy you have enjoyed our game and i know it’s been a while, but we have decided to add more content. For $20, we will give you several hours of new stuff to do!”

“Hey guys! We have a game coming up. We would love for you all to buy it, but only 75% of what we have to offer. In order to play that whole game we are going to need you to pay this extra $30 right now. Thank you.”

This change has happened within only a few years. To myself and many other gamers out there, this is completely unacceptable. The argument that nobody is being forced to buy this can be made here. My personal problem with that is that now of days if I don’t buy that DLC chances are I’m not getting the full game experience.

I don’t know when or if this will ever change. All I can do is hope that is does because if not, one day we might all be buying DLC for a game that isn’t even released yet. That is a very sad future to look forward to!