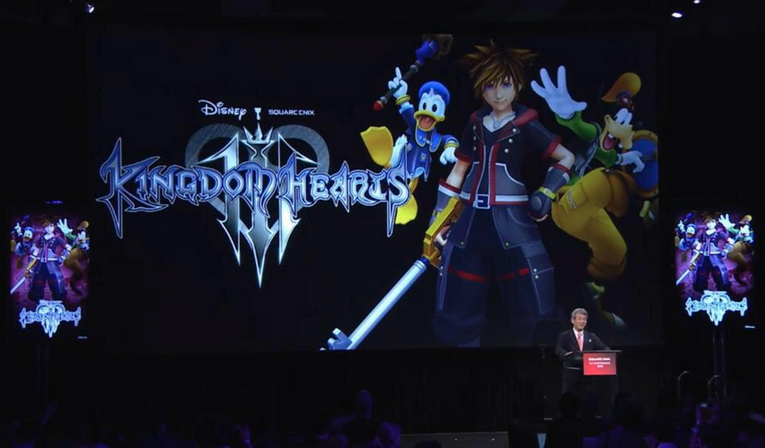 Kingdom Hearts III was shown off at Square Enix’s press conference this year, and we were finally able to see more gameplay to the long awaited Disney/Final Fantasy crossover.

During the gameplay trailer we were able to see the Three Musketeers together once again. Sora, Donald, and Goofy were all shown fighting off hordes of Heartless in multiple settings. Settings such as a beautiful grassland, as well as what appears to be the Hercules world.

Combat seems to be typical of the Kingdom Hearts style, but we were shown some new abilities. Sora is able to transform the keyblade into dual wielding machine guns, as well as what seemed to be a rocket launcher. We also were shown new summons including a huge pirate ship, and a mine cart as well.

Kingdom Hearts III appears to be the biggest game in the franchise, with Sora fighting hordes of enemies, and gigantic bosses. The trailer also confirmed that Sora will be able to run along and up walls, adding some more dynamic and fluidity to the combat
system.

Players will be able to dive back into the fight against the heartless some time in 2016.