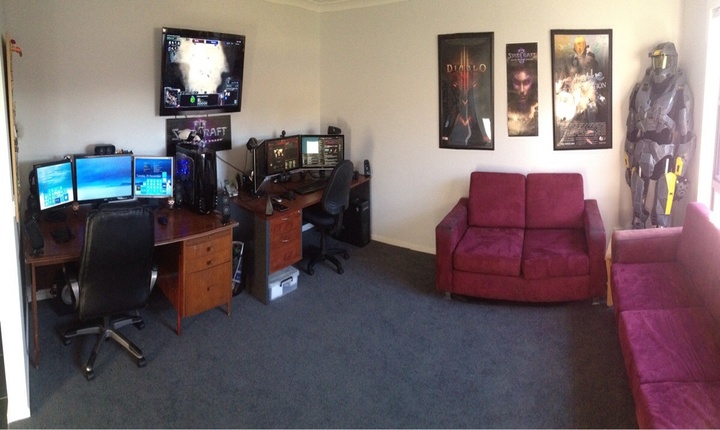 As gamers, we are always waiting for the the next big reveal. Whether it is the next IP, the next game, or the next generation console. Three years ago, we all knew the next generation consoles (PS4/XBOX ONE) were coming, but we had no details. Then within two months of each other, we got our first details, and we our mouths starting to salivate. We were so excited! We wanted more! We needed more! Then at E3 we got more. Some good (PS4) and some bad (XBOX ONE).

That wasn’t a shot at Microsoft. It was put there to help my point. Through screams through the internet, Microsoft quickly flipped the switch that Major Nelson said couldn’t be flipped. You remember that don’t you? We were told that Microsoft’s DRM policy just couldn’t be taken out cause they were already integrated into the system. We later found out that wasn’t true. It was an attempt to calm down the masses. It didn’t work, so they flipped the switch. That is just one way that I think the industry thinks of us like suckers.

The next thing is the Collectors Editions and Game Of The Year Editions.

When games get announced, we often wait to hear if there is going to be a “special” edition. We as gamers hunger for them. The statues, the soundtracks, etc. I’m guilty of it. My computer desk is covered in special edition stuff. We spend a lot of money on these as well. While games cost $60 normally we dont’ bat an eye spending anywhere from $100-$150 on these. Sure, you can say that you want to help support the developer, but it’s just something we tell ourselves to make us feel better. The real kick in the nuts comes several months later when DLC starts getting released and we spend more money on the game to get more out of it. Sometimes it’s DLC we want, sometimes its DLC that we need, and sometimes its pointless DLC that we don’t need but we want because we know everyone else has it and we just gotta have it!

Now a couple months later, provided the game did well (although this is not always the case), we are told a game of the year edition is coming and its going to include all the DLC for the game. While that sounds cool, it’s normally priced lower than the original game price. Where if we waited sometime after the the game was initially released, we would have gotten everything we wanted and saved some money. Another sucker is born!

Now I’ve been hard on you guys, but it needed to be said. With that being said, there still is another reason we become the biggest suckers of all. Next Gen Consoles. They get a lot of us.

Let’s talk about the universal failure of the Ouya. Not only is it not a good system but it only exists because gamers funded it through Kickstarter. If gamers did not drop money on it before it even existed, people wouldn’t be stuck with a console which basically boils down to an Android tablet with a controller.

Next up is the Wii U. This console came with a lot of hype. People were still on the Nintendo high that was the Wii. People were eager to buy this console. With sales the first year only reaching 5.86 million, it is no where close to what Nintendo forecast the sales to be. News like this has caused many in the industry to all but abandon the system. One developer has even gone on record to say that they currently don’t even have a game being developed for the console. People who have this console are desperately awaiting a game to justify their purchase.

To finish off this point, I’m going to combine the two next generation consoles. The PS4 and X-Box One have both done incredibly well out the gate with their sales ($6 Mil and $3 Mil respectively) in only the first 6 months, but that leads to my point. People flocked to the stores to buy these consoles to the point that they were sold out everywhere and people bought them and just flipped them on Ebay for double, if not triple, the money. Of course people bought them, because if there wasn’t a market for it, it wouldn’t happen.

All this lead up to this lead up this question? Are gamers suckers? Are we so blind to go out and spend money on something the first day that we all know will wind up biting us in the ass because weren’t patient enough to wait?