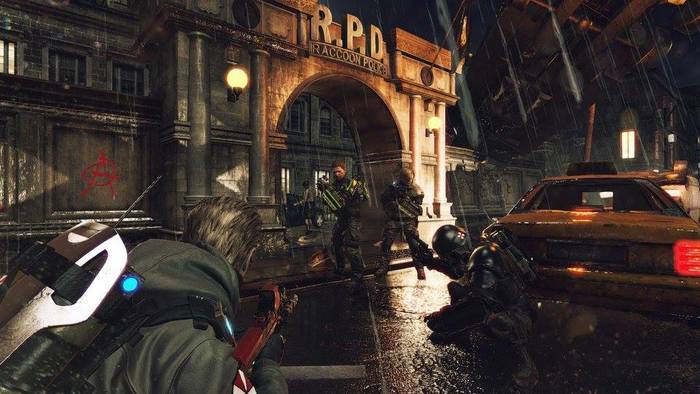 Pre-orders are now available for Umbrella Corps, Capcom’s latest fast paced action shooter spin off of the popular Resident Evil franchise only available on PS4 and PC. Capcom has also announced the Deluxe Edition of Umbrella Corps priced at 39.99 USD that including skins of your favorite Resident Evil characters such as Leon S. Kennedy, Barry Burton, Hunk, Albert Wesker, and his son Jake Muller. The standard edition is 29.99 USD with the option to purchase the upgrade pack separately for 14.99 USD. Capcom also revealed a new map for Umbrella Corp via Capcom official blog. It is the Raccoon City map blending familiar areas from Resident Evil 2 and Resident Evil 3 including the chaotic streets filled with overturned cars, a city in rubble, and plenty of mindless undead roaming around. The infamous Raccoon City Police Department will also be one of the playable maps in Umbrella Corp and is said to be one of the largest and most open areas in the game.