From the very first race there has been a consistent theme with Riptide GP: Renegade, FUN. The follow up to the IOS games Riptide GP, and Riptide GP2, Renegade does much more than deliver a polished Jet Moto meets Hydro Thunder mash-up. In fact, it takes what was great about these franchises and makes something truly wonderful. In fact, even grinding out some of the races didn’t lose any of the fun factor. Vector Unit has truly made something special here with the Riptide franchise.

The games starts out with a very simple tutorial in the form of a story set piece. You are dropped right into a race and the game teaches you its simple and responsive control set-up by hitting waves and doing tricks to gain XP and boost all while you are illegally racing your futuristic hydro-jets. Then, we fast forward a few years where you rally up with some familiar faces to race in small tournaments gaining experience and money in, what I would call, Fast and Furious meets Wave Race. There isn’t much for story other than some small trash talk segments before you race, but hey that’s all you really need. Each tournament is buttoned up with a “Boss Battle,” where you sometimes race in a series of events. Once you beat said boss you obtain their ride. 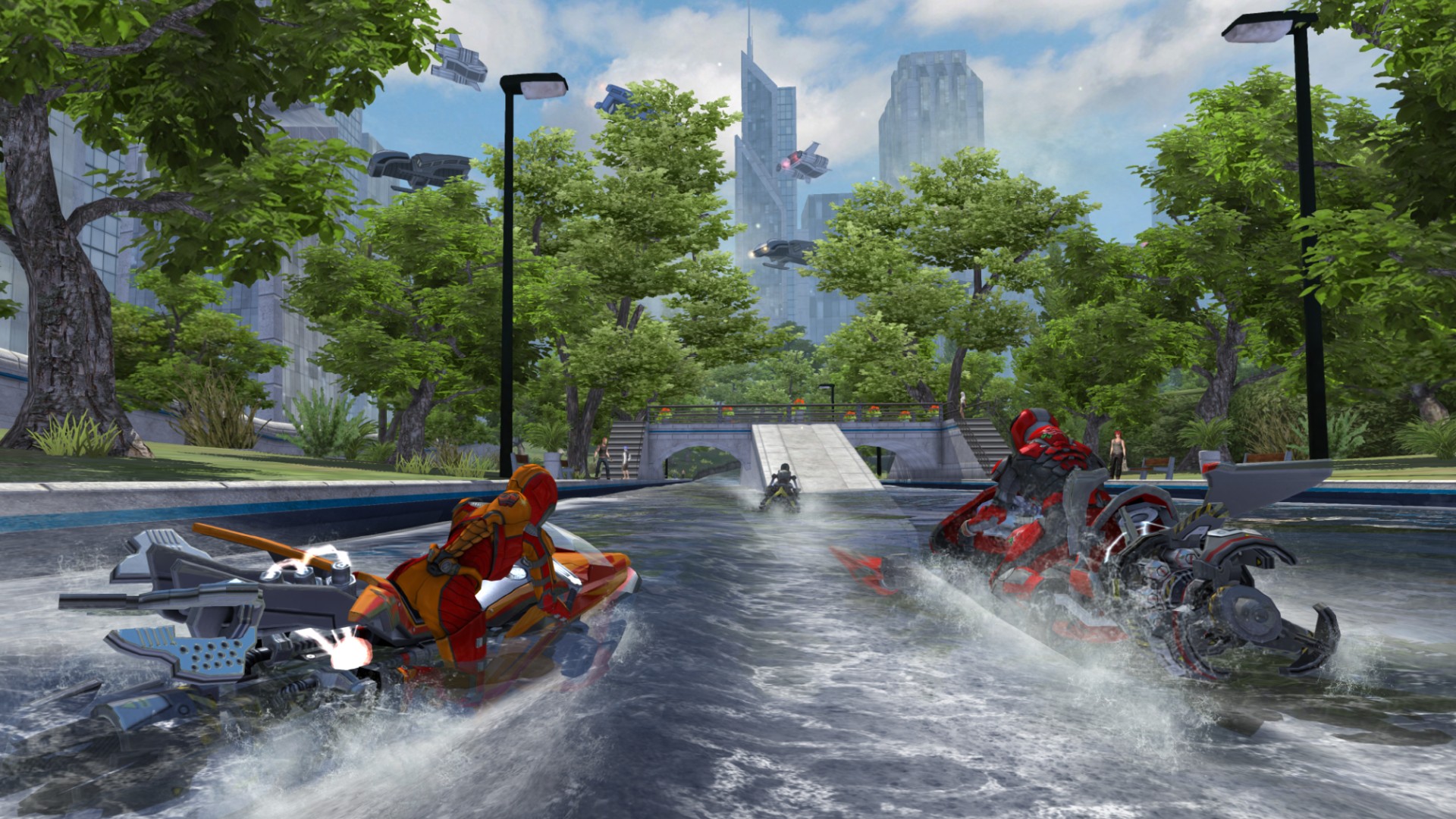 Riptide offers just enough of an upgrade system to keep you racing and trying to obtain three stars in each race so that you can max out your hydro-jet without it seeming like an endless grind. Each upgrade doesn’t really feel that different, but once you fully upgrade your jet it becomes pretty rewarding and worth doing. There are also a handful of customization options, but nothing too crazy. All in all, Riptide feels like it has just enough of everything so there is some depth, but isn’t an endless grind. It is also very fair with the amount of money earned on each race, and I found in my play through that I was able to fully upgrade my jet, and then some, by the time I unlocked my next vehicle.

Graphically, Riptide is very pretty. The water looks great, the lighting is spot on, and the environments are absolutely beautiful. The game often reminded me of Motor Storm Apocalypse when it comes to weather changing or the environments changing after certain laps. At one point, a Space Craft launches in the background of the race and the force from the rocket caused the waves to rise allowing you to pull off tricks for extra experience points. From racing through a futuristic city aqueduct system, to a battle scene in a military base, all the way to a sky high multi-level space ship ending with some weird water spout vortex, there is plenty of cool things to see while racing at high speeds to be the best in Riptide GP. 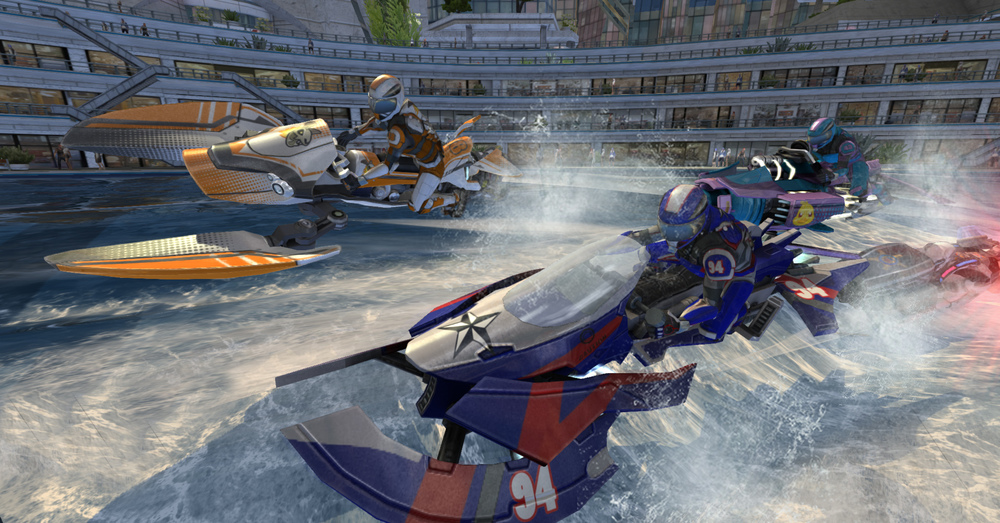 The sound design is fine in Riptide. At times the wind blowing in a stormy section sounded more like screeching tires rather than a rocket powered water jet, and the repetitive house music in the background became a little taxing. There are times where to get the three star rating you have to replay some of the races. My advice would be to do yourself a favor and load up Spotify in the background.

Content light is definitely not the case for Riptide. As a matter of fact, the career mode is pretty in depth offering several variations in race types such as a normal race and an elimination style race where you have a small amount of time before the last place competitor gets eliminated. This process continues until you are the last man standing. There is also a checkpoint based raced that is also timed. I found this race to be the most difficult for me, personally. The Freestyle race would have to be my favorite requiring you to land the best tricks for the most points in a set amount of time. Riptide also sprinkles in cops on hydro-jets from time to time to make things more difficult. They are quite the pest. As a matter of fact, they will side swipe you relentlessly and one wrong move will knock you out of the top spot. Most notably, there is a great split screen mode. This reminded me of the Nintendo 64 release Wave Race where 2-4 players could hop wave, bust out tricks, and race competitively. Last but not least, Riptide has an online mode. I did not spend a ton of time with this, but I was very happy to find that there were not any trophies locked behind the online multiplayer. 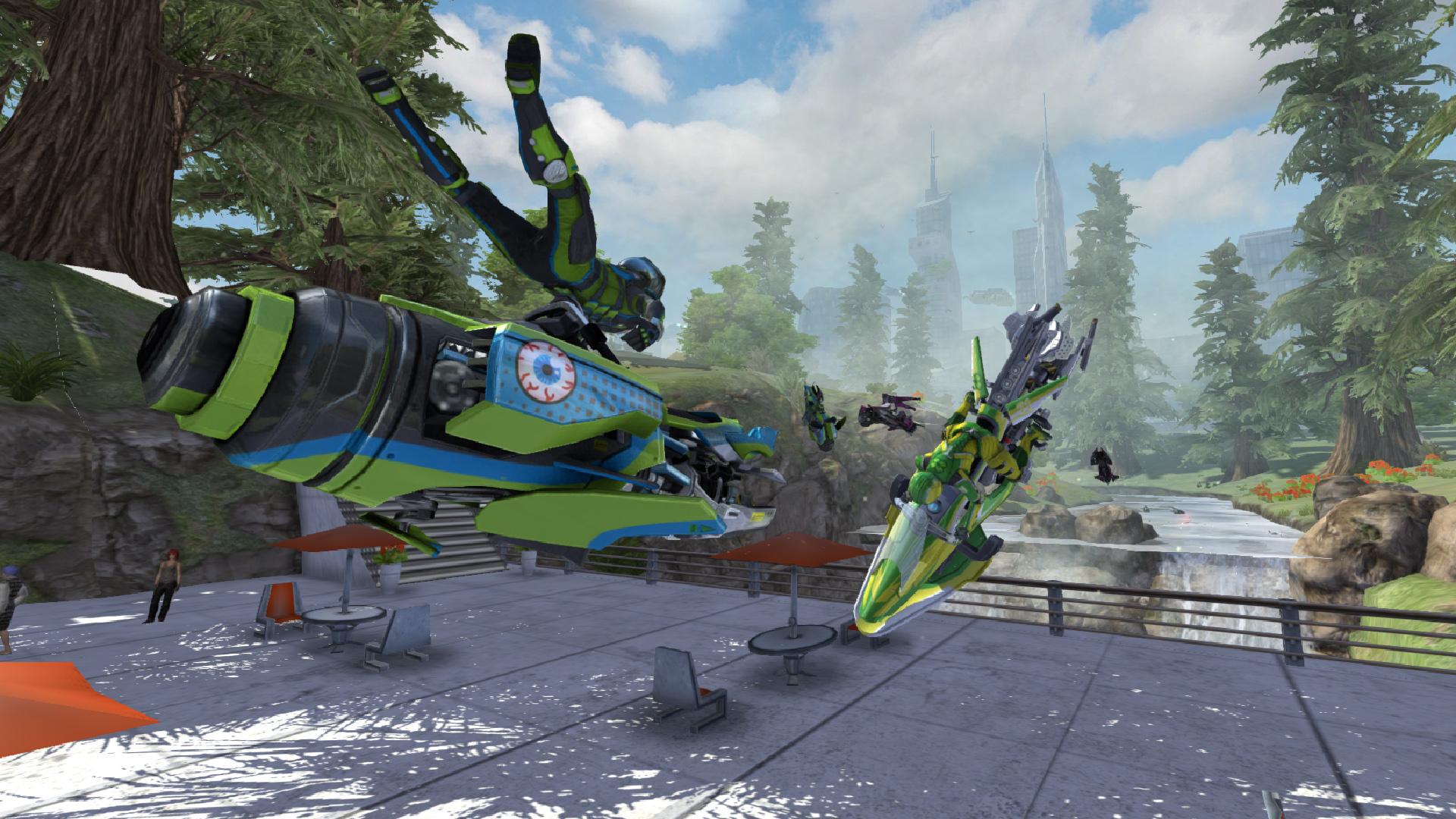 All in all, Riptide GP: Renegade is a great game with a tremendous replay value. With great graphics, smooth and fun gameplay, and plenty of options for the single player and the multiplayer, I would highly recommend this game. Whether you are a casual player or a hardcore gamer, there is something here for everyone. If you were a fan of Jet Moto, Wave Race, or Hydro Thunder then this is defiantly a game for you, and yes Riptide has a platinum trophy.