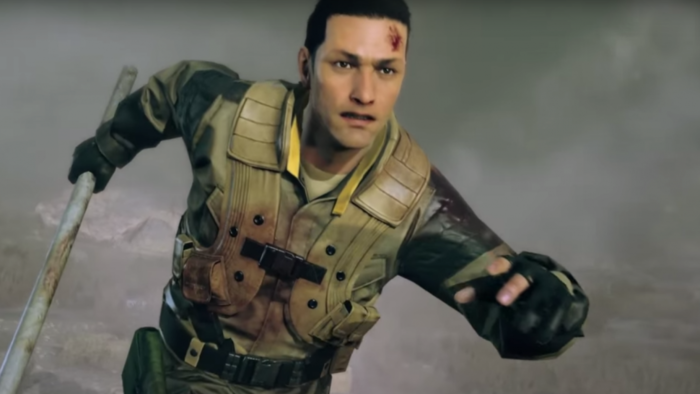 At the Tokyo Game Show 2016, Konami revealed an extensive 15 minute gameplay demo of their upcoming title Metal Gear Survive, a cooperative Metal Gear title that pits players against….. zombies?  The game has received quite the backlash since it’s announcement in mid August, but despite recent events with Hideo Kojima’s departure, it appears Konami seeks to prove that this new installment in the Metal Gear series is much more than a “cash grab”.

The demo, all being powered by the Fox Engine found in Metal Gear Solid V: The Phantom Pain, features a cooperative mission where four Motherbase soldiers must tread through a zombie infested map completing objectives in hopes to return home after being transported to an alternate world.  In typical zombie game fashion, players are tasked with collecting materials to build tools and weapons to aid them in their survival.  Like previous titles, you can choose to use items to help you sneak around the enemy, such as lures, or opt to take out the enemies one by one using stealth or the variety of melee and ranged weapons at your disposal.

Click on the video below to view the gameplay demo for Metal Gear Survive!