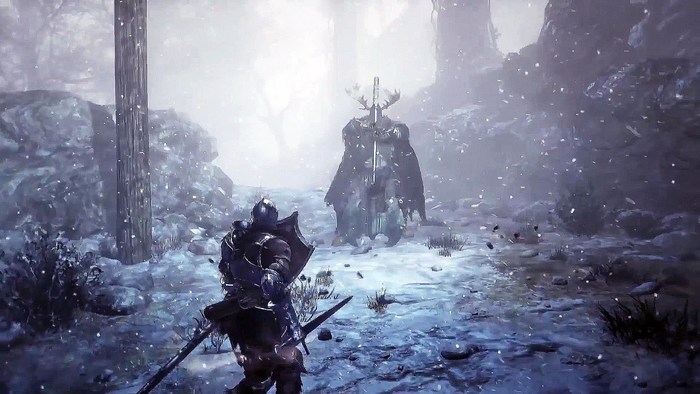 Bandai Namco has released a gameplay trailer for the upcoming DLC for Dark Souls III titled Ashes of Ariandel, and will be available for the PS4, Xbox One, and PC digitally on October 25th.

Ashes of Ariandel places the “Ashen One” in a vast snowy field, hindered by the chilling mist that haunts the surrounding area.  The player must fight their way through this new biome in the Dark Souls series, avoiding any ambushes that await them.

As to be expected, the trailer features new enemy types that you will encounter while exploring the new terrain.  New weapons can be shown in the trailer, although it never went into detail to show what these new weapons are actually capable of.  Two bosses were shown during the trailer; One which seemed to have multiple forms, and a very familiar looking mini-boss encounter….

Click on the video below to view the gameplay trailer for Dark Souls 3: Ashes of Ariandel