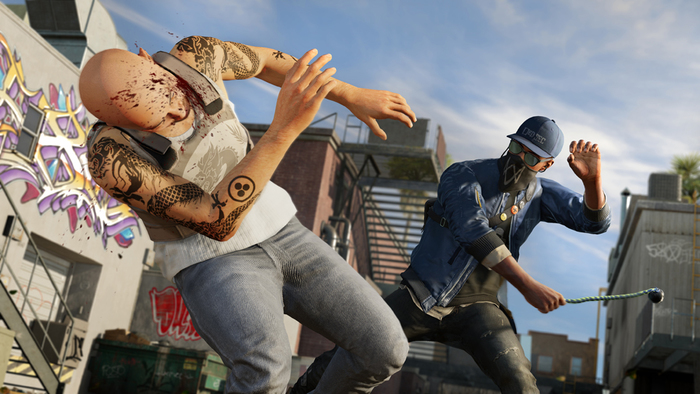 Ubisoft has released a new trailer for Watch Dogs 2 titled “Welcome to Dedsec”, teasing story elements within the game in preparation for the game’s release on November 15th, 2016 for the PlayStation 4.  Set in the vast city of San Francisco, a rogue hacker named Marcus Holloway aims to take down the corrupt, secret agency known as Blume Industries.  He is later recruited by a small group of vigilantes known as “Dedsec” who have banded together to expose and take down Blume’s CTO, Dusan Nemec.

Parkour through the streets and rooftops of San Francisco.  Take down enemies in brutal and fast hand to hand combat or intense firefights.  Hack and manipulate the environment around you to gain the upper hand when infiltrating a facility.  Expose the corruption of the Blume Corporation!

View the Watch Dogs 2 – Welcome to Dedsec trailer below!