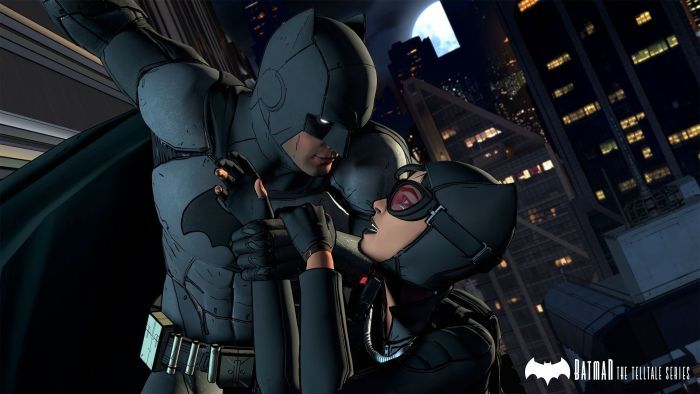 The third of five episodes Telltale’s Batman saga,  Episode 3: ‘New World Order’ will be available digitally worldwide starting Tuesday, October 25th on PC from the Telltale Online Store, Steam, and other digital distribution services, on the PlayStation Network for PlayStation 4, and on the Xbox Games Store for Xbox One. Release dates for additional platforms will be announced in the near future.

Players can get a special sneak peek at the upcoming episode in the latest installment of  BATMAN: Unmasked, featuring special guest  Travis Willingham(voice of Harvey Dent).

In Episode 3, Penguin’s brutal attack broadcast on live TV has left Gotham City reeling. As Bruce and Batman, you’ll dig deeper into the web of intrigue surrounding the newly revealed Children of Arkham. Meanwhile, behind closed doors, the mysterious Selina Kyle reveals more of herself to Bruce. And in the aftermath of the attack, Bruce’s friend and Gotham’s new mayor, Harvey Dent, is a deeply changed man. Who can be trusted when the future of Bruce Wayne – and the Batman – could be determined by the flip of a coin?

Rendered to look like a living, breathing comic book, Telltale’s vision of Batman features an award-winning cast of talent, including  Troy Baker in the role of Bruce Wayne,Travis Willingham as  Harvey Dent, Erin Yvette as  Vicki Vale, Enn Reitel as  Alfred Pennyworth, Murphy Guyer as  Lieutenant James Gordon, Richard McGonagle  as  Carmine Falcone, Jason Spisak as  Oswald Cobblepot, and  Laura Bailey as  Selina Kyle. Additional cast and characters will be revealed as the season progresses.

Also be sure to check out the third episode of Batman: Unmasked below: