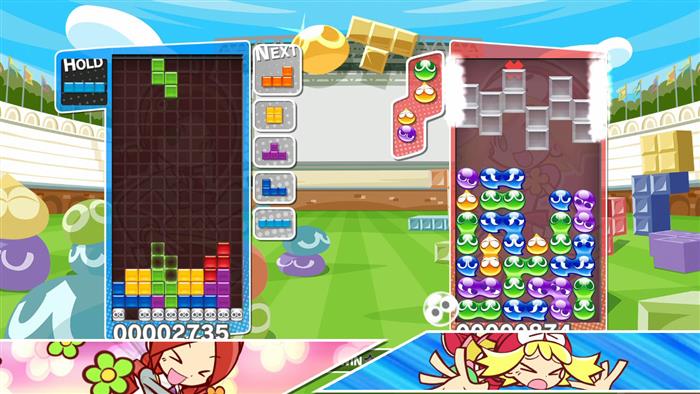 Sega has announced that Puyo Puyo Tetris is coming to PlayStation 4 and Nintendo Switch on April 25. Get ready to dive into a colorful puzzle cocktail blended with a variety of addictive Puyo Puyo and Tetris game modes!

Puyo Puyo Tetris will feature a wide variety of game modes. The game will feature an Adventure and Solo Arcade Mode for single-player fans. There will also be a ton of multiplayer modes as well. Check out the list of them below:

The PlayStation 4 version will be available only in a physical format for $29.99, but the Nintendo Switch version will be available digitally for $29.99 and physically for $39.99, with a special launch edition that includes two Puyo Puyo- and Tetris-themed keychains while supplies last. The special launch edition of Puyo Puyo Tetris on the Nintendo Switch will only be available in quantities limited to pre-orders and first-run printings of the game in the Americas. Check out the trailer for the upcoming game below: