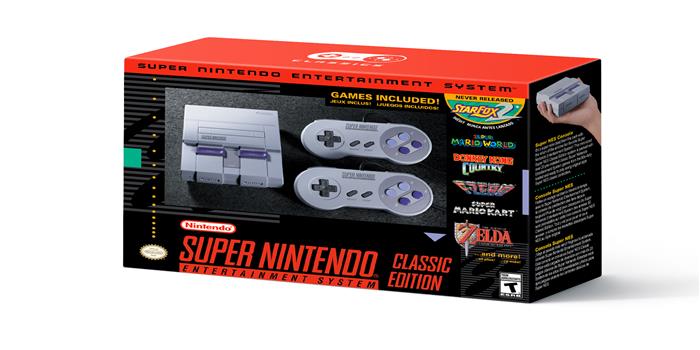 After the release of the NES Classic, many in the gaming world were hoping, and expecting that Nintendo would follow things up by going into the 16-bit era. Today, Nintendo confirmed that the SNES Classic Edition will launch on September 29 for $80. The console will come with two wired controllers that will have cords 2 feet longer than the previous NES classic, and 21 games. Some of the highlights from the list include Super Metroid, Super Mario World, F-ZERO, and Donkey Kong Country to name a few. The most surprising game on the list is Star Fox 2. This game was never released on the original SNES.  Check out the full list of games below:

Keep it tuned to Proven Gamer for more information on the SNES Classic.