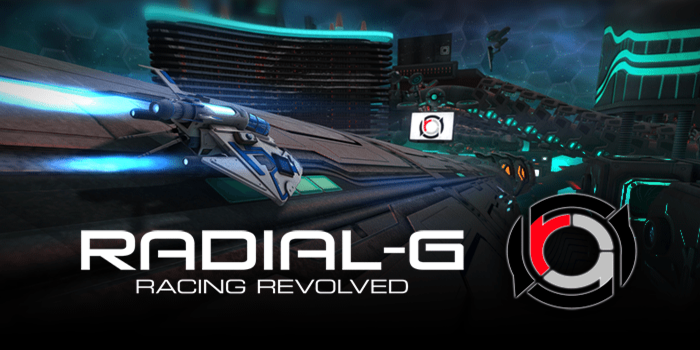 Futuristic racing games aren’t anything new, but damn are they a lot of fun! This year, gamers have seen several different future racers arrive from LightField to Redout to Wipeout: The Omega Collection. Continuing this trend, Tammeka Games is bringing PlayStation owners Radial-G, a futuristic combat racer with a focus on tubular tracks.

Players will take to a large variety of different racing tracks, set across a multitude of planets across the Galaxy. The game adopts the tubular racing design, which will be familiar for gamers who may have played F-Zero X back in the day. This allows for full, 360 degree racing and an opportunity for the palyer to find the best possible track. AS these tracks take place in deep space, expect a variety of obstacles and challenges, all happening at insane speeds. Additionally, players will be encouraged to battle it out with an arsenal of weapons present on the track. The game also boasts a thumping soundtrack by various artists. Finally, the game will be playable with or without PSVR, making the game accessible for players, regardless if they have a PSVR headset.

Radial-G will launch on PS4 and PS VR sometime before the end of 2017. The game is currently available on Steam.