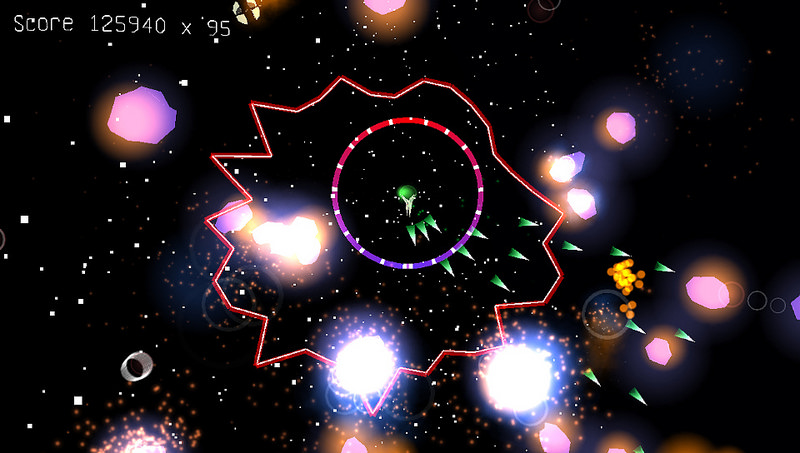 After three years in development, One-man developer CharliesGames have finally announced a released date for their unconventional twin-stick shooter, Son Of Scoregasm. On Otcober 10th, Son Of Scoregasm will release for the PlayStation Vita, Linux, Mac, and Windows. For fans of frsh takes on the tried-and-true formula of spaceship shooters and twin-stick action, Son OF Scoregasm will be worth the wait.

Son Of Scoregasm is a refinement of a previous title from CharliesGames, Scoregasm. Scoregasm is a non-linear spaceship shooter, where players embark upon a large variety of galaxies to defeat enemies and rack of the highest score imaginable. Players will come across all sorts of enemies and obstacles throughout their experience. Son Of Scoregasm is a greatly refined experienced, with new visuals, higher framerate, new scoring mechanics, and much more accesability for a quicker “pick-up-and-play” approach.

To celebrate the release of the game, CharliesGames has unveiled a new trailer, as well as the soundtrack by independent music artist John Marwin. Check out the soundtrack below.