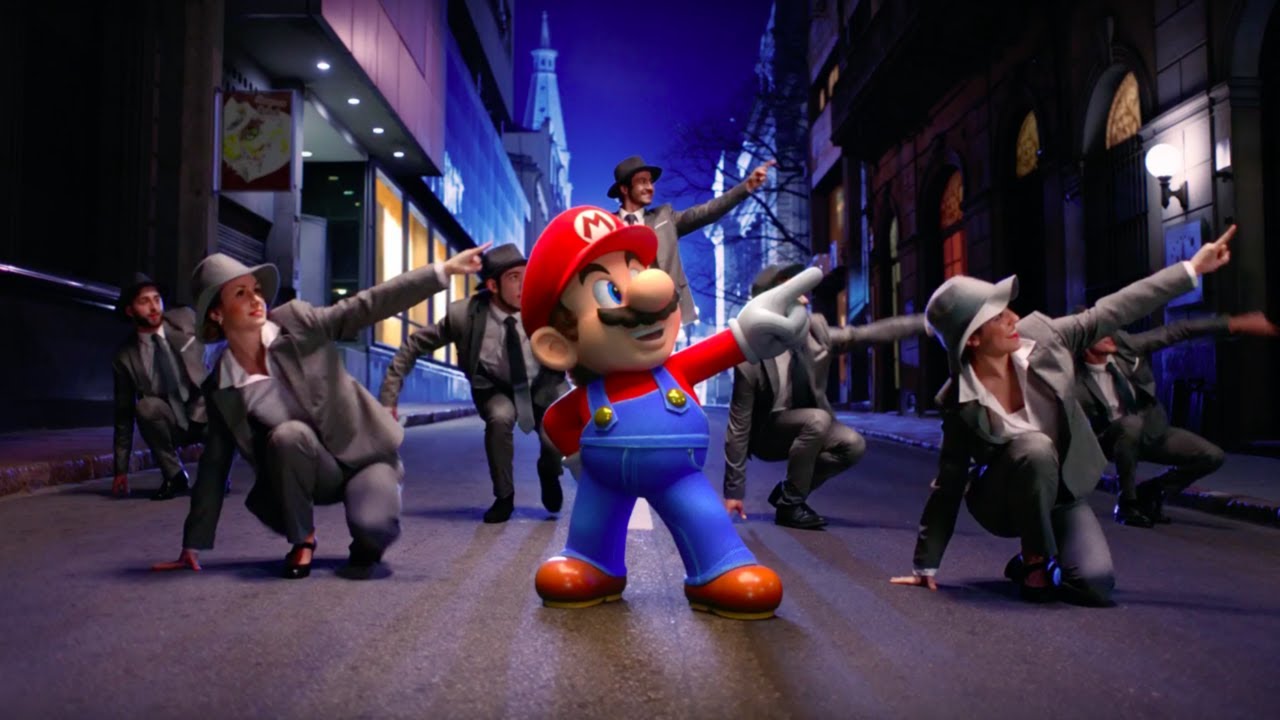 It’s been a long while since we last saw a brand new, proper Mario game. The last true new iteration of the classic plumber was Super Mario Galaxy 2, released for the Nintendo Wii in 2010. Since then, every Mario game released, with the exception of Super Mario Maker, has been an enhanced remake of a previously released titles, doing their best to capture the attention of the Wii U’s uninterested audience. Now, fresh off the smashing success of the Nintendo Switch, Nintendo is poised to end the year off with a resounding performance with the release of Super Mario Odyssey, which releases on Friday October 27th. To capture the pure joy and feeling of the highly anticipated release, Nintendo has revealed a swinging launch trailer, inspired by the lively performances of Broadway.

The trailer showcases snippets of what the game will feature, from using Mario’s hat to become different beings to the new worlds he will visit. The trailer shows all this against the backdrop of a talented cast of choreographed dancers and a jazzy soundtrack, sung by a smooth singer. The trailer evokes the style and life of the city, while also evoking the pure fun and wonder of discovery the game is surely to have.