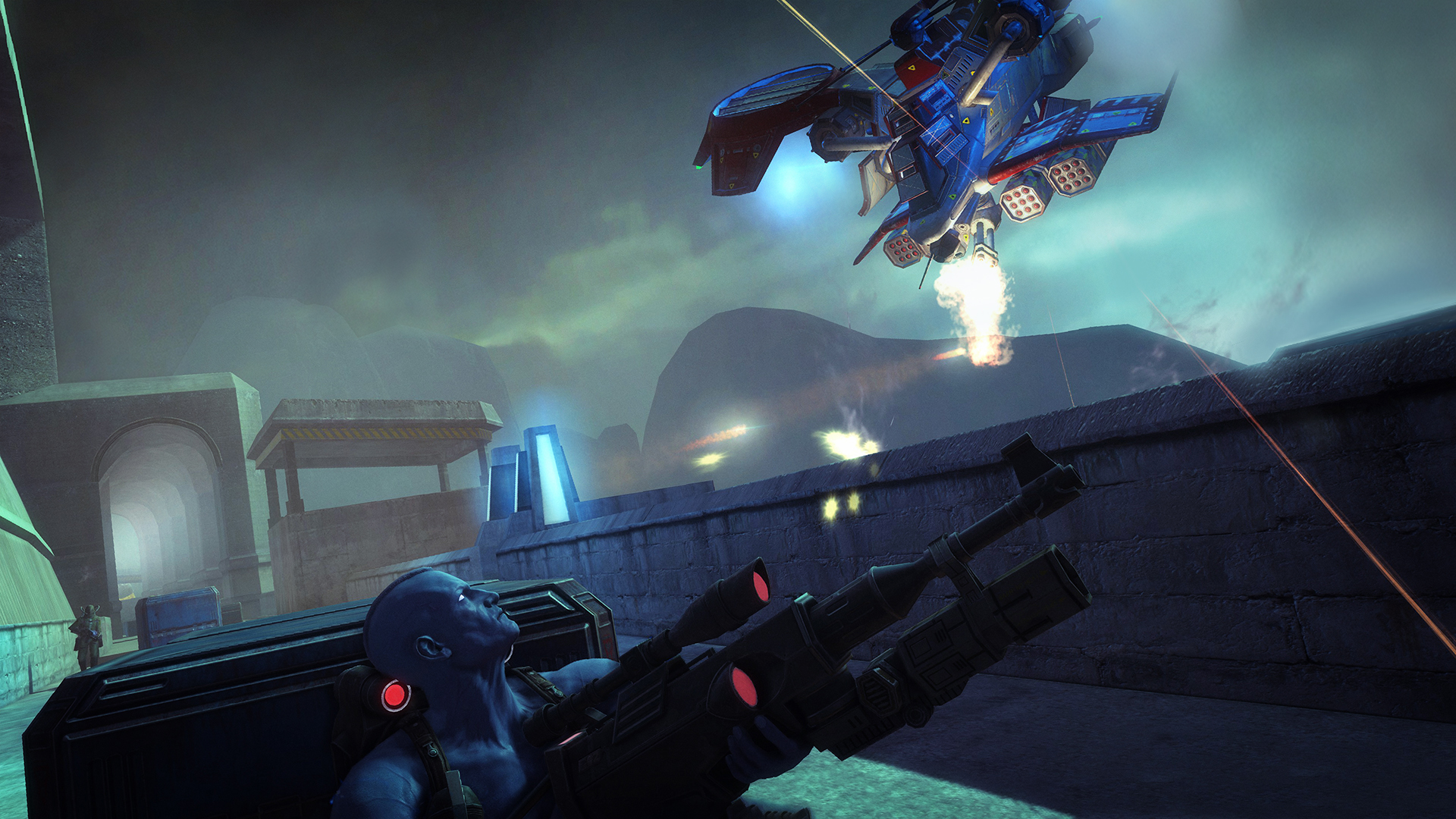 Based on the 2000AD comic of the same name, Rogue Trooper Redux takes place in the distant future, where mankind has colonized several dozen star systems. They discover a new planet and name it Nu-Earth, but when the drums of war pound, all hell breaks loose. A massive intergalactic civil war is waged over Nu-Earth, engulfing the planet in poisonous gases and making it uninhabitable. Still, the warring sides continue to fight, fitting their soldiers in combat HAZMAT suits that are more dangerous than actual fighting. To adapt, one side has created the Rogue Trooper, a special bio-engineered soldier who is built to survive the fields of Nu-Earth and deliver a vastly superior advantage with cutting-edge firepower and enhanced physical abilities. Following a surprise attack turned massacre, you are the lone survivor (of your squad) — but your squad isn’t necessarily dead.  As you recover each member of your team, their consciousnesses are transplanted into bio-chips and added to your primary weapon. They are alive again, and they will give you live tactical feedback as you fight through the enemy.  The war is upon you; it’s time for you to go rogue.

Rogue Trooper arrives next week for PS4, Xbox One, PC and Nintendo Switch.