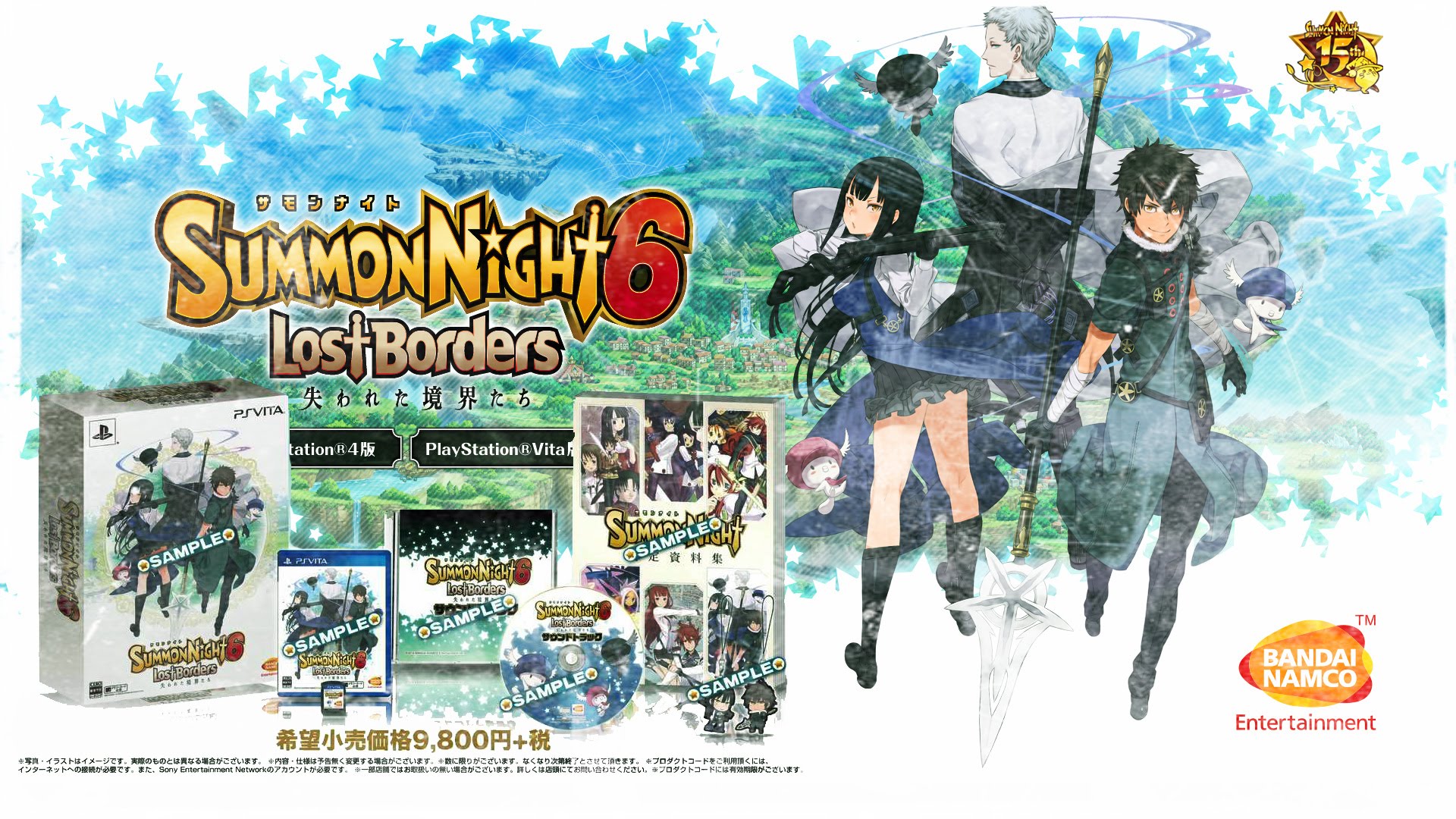 For those craving a JRPG, California-based Gaijinworks have announced a firm release date for their highly anticipated localized release of Summon Night 6.  The game arrives in the United States on October 31st for the PlayStation 4 and PlayStation Vita, with the game arriving shortly after in European territories.

The news comes after Summon Night 6 faced several delays in the localization process. Originally slated for release in September, there have been a variety of 11th hour production issues that have occurred.

For those unfamilair with the franchise, Summon Night is a fantasy JRPG franchise that has spanned 15 years across a multitude of systems, including the PlayStation and Nintendo DS. Taking place in the fictional land of Lyndbaum, players embark on a quest of love, action, and courage through a steampunk setting, featuring multiple kingdoms, species, and epic battles. Battles take place on a strategy grid and feature a variety of close-range and long-range weapons. Below, we share Gaijinworks’ full description of Summon Night 6.

From the website’s description .

“Released in Japan as a celebration of the series’ 15th anniversary, Summon Night 6: Lost Borders offers gorgeous widescreen graphics presented in high definition, a first for the series. The fully 3-D battle system allows Chain Attacks that happen automatically when an enemy is surrounded by two or more allies; in these situations, each ally can hit the enemy without risk of counterattack. In addition to the Summons that are a hallmark of the series, two allies can team up for a breathtaking “Summon Burst” attack that invokes a devastating magical strike from one of many giant fantastical creatures.

Combat is only one part of the Summon Night 6 experience. The series is well known for its “night conversations”—one-on-one encounters where various characters confide in one another, leading to a web of elaborate, emotional storytelling with many different branching paths. Lost Borders also includes several charming mini-games: One has you fishing for different types of aquatic creatures, while another involves cooking power-up meals using the bounty you’ve caught with your fishing pole.

The game features more than a dozen endings, many of which have sub-endings that can change depending on the player’s affinity level with a particular character. “Summon Night 6 is one of our biggest projects to date,” Ireland explains. “It has enough text to fill about five novels—over 50% more than the huge volume of text that Summon Night 5 had.” Adding to the enormity of the localization task is the fact that the English-language version of Summon Night 6 features voice acting: All key events are voiced, as in the original Japanese version, over 20,000 lines of dialogue in all.

Summon Night 6 also features Cross-Save. If you have the PlayStation®Vita andPlayStation®4 versions, you can move your save between them using the cloud, so the game can be played on the big screen at home, and on the small screen on-the-go!

Summon Night 6: Lost Borders is planned for North American digital and physical release on the PlayStation®4 and PlayStation®Vita on October 31st, 2017.  European and Australian PSN release will follow soon after.”