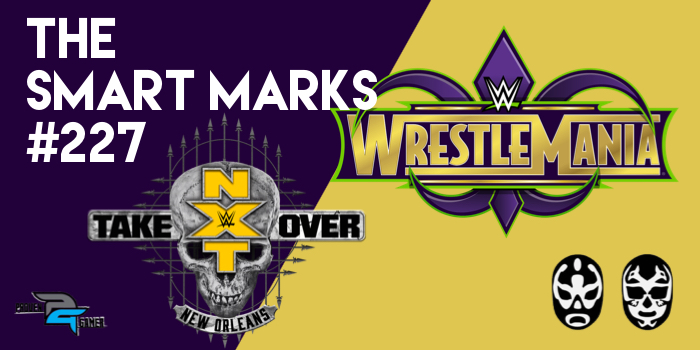 It’s finally here! The best weekend ever of the year is upon us, and we finally get to sit down and preview the crapload of matches going on this Saturday and Sunday. Prepare your butts and ear-holes for all the wrestling goodness. I never know what to write in these things so guess what, heres the plot synopsis for the 1989 classic for “No Holds Barred.”

Rip Thomas is the World Wrestling Federation Heavyweight Champion, and his appearances on network television have been a thorn in the side of Brell, the head of the struggling World Television Network. The day after Rip’s most recent title match, Brell attempts to bribe the champion into joining his network, but Rip declines the offer. After Rip disposes of Brell’s thugs on his way home, Brell visits the No Count Bar, where he comes up with his own wrestling program called Battle of the Tough Guys. The show is successful due to the introduction of Zeus, an ex-convict and former protege of Rip’s trainer Charlie. Zeus wins the $100,000 tournament and becomes Brell’s prized fighter.

Samantha, a beautiful corporate spy, is sent by Brell to seduce Rip. However, Rip’s good nature and dedication to charity wins her over, and she confesses her identity to the wrestler and turns to his side. After this fails, Brell attempts to have Samantha raped; Rip foils the plot and dispatches the would-be rapist into a tree trunk. Meanwhile, Brell and Zeus crash an outdoor charity event Rip is appearing at, demanding that Rip prove his honor by fighting Zeus live on Brell’s new show. Once again, Rip avoids violent conflict, not wanting to set a bad example for the children present and attempts to reason with Brell, who leaves in anger. Rip’s younger brother Randy and his friend, Craig, decide to check out Zeus for themselves, attending an illegal fight being held in a warehouse. After watching Zeus defeat the monstrous Rebar Lawless, Craig foolishly identifies Randy as Rip’s brother to Brell and his associates. Randy attempts to defend himself, but Zeus brutally beats him, sending him to the hospital. Enraged, Rip accepts Zeus’ challenge to avenge his brother.

On the night of the match, Brell has Samantha kidnapped and orders Rip to go ten minutes through the fight then lose the fight to save her life. As the battle begins, Samantha manages to escape, but just as Brell’s goons corner her, Charlie rescues her by knocking them out with a fire extinguisher. Zeus has the upper hand at the start of the fight, ruthlessly pummeling Rip, even trying to kill him by ripping out one of the steel posts and trying to run Rip through. Randy cheers to urge his brother to fight back. Rip is re-energized by Randy’s words and once he sees Samantha is safe, gains a second wind and starts to turn the tides on Zeus. The fight destroys the ring, with Rip and Zeus continuing the battle up the through the stands as a disbelieving Brell watches from the control room. Rip finally puts an end to the match by knocking Zeus off a catwalk, which causes him to fall through the ring and lose. A frustrated Brell begins destroying electrical equipment, in total disbelief over Zeus’ loss. Rip angrily goes after Brell intending to repay him for his misdeeds. In fear, Brell retreats, but accidentally touches live wires he has exposed in his tirade and dies from being electrocuted. With his enemies now vanquished, Rip celebrates his victory with Randy and his friends.

We appreciate your listening!

Please subscribe to the The Smart Marks feed in iTunes or RSS and cut a promo on us in your review! We’ll read them on the show!

You can also email us at The Smart Marks

If you wish, you can always download the show here – The Smart Marks 227 – WrestleMania Preview!