A bit of disclosure: I am totally not writing a favorable preview of SpiritSphere DX just because I won a 1V1 match against its developer. My inflated sense of self-worth has absolutely nothing to do with the amount of gushing I’m about to unleash. With that being said, I was utterly charmed by this gem of a game. It easily turned out to be one of the most memorable experiences of PAX East 2018.

At first glance SpiritSphere DX looks like a concept for a would-be air hockey/pong mini-game meant for Oracle of Ages/Seasons. Kudos by the way to developer Eeendhoorn’s for so skillfully capturing the essence of the 8-Bit era; the sprite work/animation is unquestionably top-notch. The game looks and even feels like am extensive ROM-hack of one of Link’s Gameboy outings. But the more I played it the more I realized that this unassuming ‘sports’ game was cleverly concealing a bit of Smash Bros. goodness within it’s retro-inspired exterior. 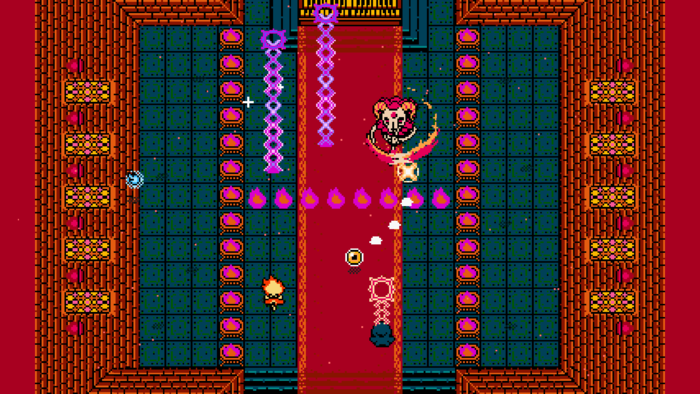 In SpiritSphere DX there are four key inputs to be mindful of: ‘Smash’, which allows you to deflect the sphere away from your side of the playing field. ‘Dash’, to make a potentially game-saving sprint towards the eponymous bouncy orb. ‘Item’ lets you make a one-time use of an item you pick up during the match. Items can range from relatively the relatively harmless – such an Arrow Shot or Bomb – to completely game-changing like increased movement speed or make you grow in size. And lastly there is a button assigned to your character’s Special Ability. And yes, SpiritSphere DX has got tons of character.

There are 10 characters to choose from, each one more zanier than the next. Lin for example (a clear-cut female clone of Link) wields a sword and is able to charge her attack to unleash a mighty swing. Baphomet – this game’s Ganon – can grab the approaching sphere and hold on to it before releasing it.  It makes for a insanely unpredictable moment-to-moment gameplay. There is also Ozo, a mage that can only use spells. And a cat…named Buster. 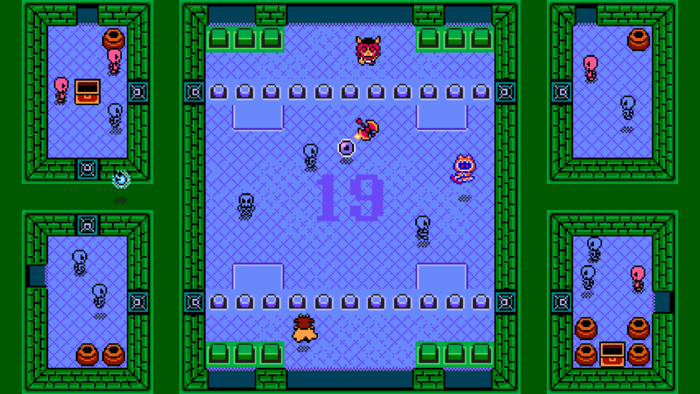 SpiritSphere DX was clearly designed with an eye to the multiplayer experience. While it does have a single-player mode (with an actual story and BOSS FIGHTS!), developer Eeendhoorn wants you to get your buddies together to see who’s best. The game boasts an metric ton of modes such as Squash Mode for 1V1 action, and a ridiculously fun Boss Mode – a 2V1 match where one player controls an over-sized boss. But the most noteworthy of the bunch is Tate Mode. Tate Mode has two players using a single Nintendo Switch flipped vertically with each player holding one of the attached Joy-Cons on each end. I seriously cannot wait to take my Switch on-the-go and challenge folks on a crowded New York City subway; what could possibly go wrong?

If you’ve always dreamed of Mario’s sports series to look and feel like The Legend of Zelda than you have come to right place. SpiritSphere DX launches exclusively for the Nintendo Switch May-June 2018.

SpiritSphere DX is also the winner of the ‘Would Have Upstaged Mario Tennis’ Award  which can be listened to in more detail here.  SpiritSphere DX is being published by Fabraz Company, the creator of the oh-so excellent Slime-san (available now on all platforms)

Be sure to follow along with Fabraz, Eeedhoorn, and  SpiritSphere DX’s progress over at their homepage here.