It’s always refreshing when someone tries to do an RPG in a different way. Doing something contrary to predictable RPG tropes like experience-based leveling and generic magic can be difficult at times, and often a risk. And if A Valley Without Wind 2 can be commended for anything, it’s unlike any other RPG you’ve played. And while its unique blend of RPG elements, platforming, and turn-based strategy has potential for greatness, no single tenant of the gameplay is executed well enough to carry the experience.

A Valley Without Wind 2 is a very odd game. Everything about it just screams ‘strange’. The art style is a weird mix of backgrounds and foregrounds that don’t often meld together well, and the platforming and level design are at times so bad it seems broken. But aside from it’s complete list of problems, I never really wanted to stop playing it. 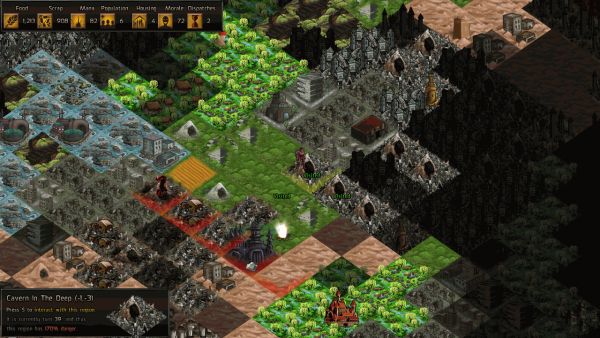 One of the game’s bigger selling points is its emphasis on combining the platforming combat style of its predecessor with a turn-based strategy meta-game added to the mix. The overworld map is divided into squares, each one being a stage you can enter to ‘purify’. Purifying regions consists of playing a short platforming stage that ends with you destroying a generator. Purifying more squares allows you to further explore the map. The goal is to destroy Demonaica’s citadels, and then kill Demonaica himself. You must command around your troops to different regions to gather scrap and food, and to recruit new survivors. Demonaica himself begins to roam the map eventually, and after that, most of the strategy part of the game consists of you avoiding him—as confronting him means certain death.

Leveling up is handled in an interesting way in A Valley Without Wind 2. Simply defeating enemies doesn’t yield experience, as there is no experience. The only way to level up is to find a Level Up Tower, and then defeat the boss in that tower. Leveling up gives you access to a new set of perks for your character, which range from attack bonuses to jump enhancements. After revealing enough land and leveling up to a certain point, you can travel back into Demonaica’s lair to gain the next tier of spells to be used in combat. 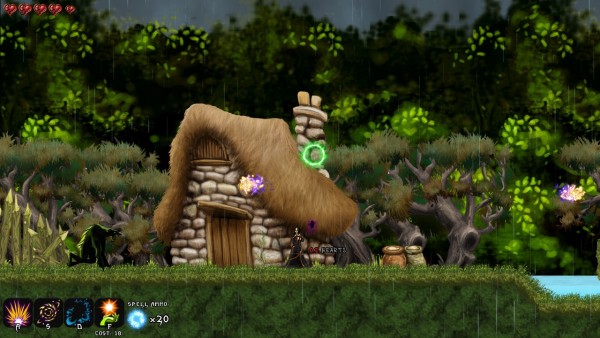 The game encourages you to experiment with the different Mage classes provided in each tier, but after a bit of tinkering you’ll soon figure out which class is the most powerful and just stick with that. Stages don’t tend to vary much from each other—consisting of unchallenging platforming and combat. Though with how blatantly repetitive stages are, they don’t ever last too long, so they never become too monotonous. And because of how the leveling system works, there is no real motivation to defeat enemies. You could run directly forward jumping and shooting until you reach the end of the stage, with no skin of your back.

Arcen Games has provided the player with a Strategic Adviser to provide simple tutorials and push you in the right direction of what to do next. This is definitely helpful, but flawed. It becomes clear early in the game that you must find several abandoned Robotic Research Laboratories to gain new abilities, but you’re never told what they look like. You might be able to see a building in the distance that could be the factory, but you can’t hover your mouse over it to know for sure. This leads to spending a lot of turns and effort to reach a certain square just to find out it’s not the place you were looking for. 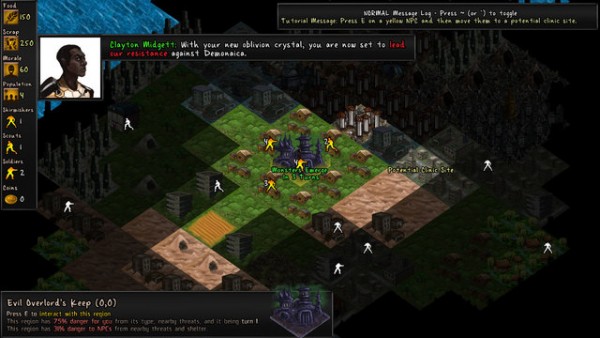 The default control scheme for combat on a keyboard has you using WASD to aim spells. This works well enough for most spells, but it also limits the trajectory to eight directions. This can be troublesome at times, since enemies can come at you from any angle. In hopes of remedying this, Arcen has added the old mouse control scheme from the first game in a recent patch. This partially solves the directional issues, but it doesn’t change that the spells themselves are designed for eight directions, so the mouse control scheme doesn’t quite feel natural.

The one department in which A Valley Without Wind 2 absolutely kills it is in its soundtrack. Everything from the more ambient tones played during gameplay to the killer vocals strung in the main menu are a joy. You’ll definitely want to turn the gameplay volume down and crank the music volume up.

A Valley Without Wind 2 easily succeeds in being different. There are definitely cool ideas that could be implimented into RPG’s in the future, but ideas alone aren’t enough to carry the game. It’s a platformer with mediocre platforming, and a strategy game with poorly explained rules. But put both of them together and crank up the soundtrack, and you have a game just endearing and different enough to want to see to the end.