Anyone who knows me knows that I’m labeled a “Sony Fanboy!”  I have spent the last console generation talking shit about the X-Box and how Microsoft made such bad decisions with their choices with the 360. Microsoft’s recent decisions for the X-Box One and its plans to handle the DRM have caused gamers worldwide to raise up their arms in protest. This has gotten me thinking that this will actually help Microsoft win this generation yet again. First the facts: 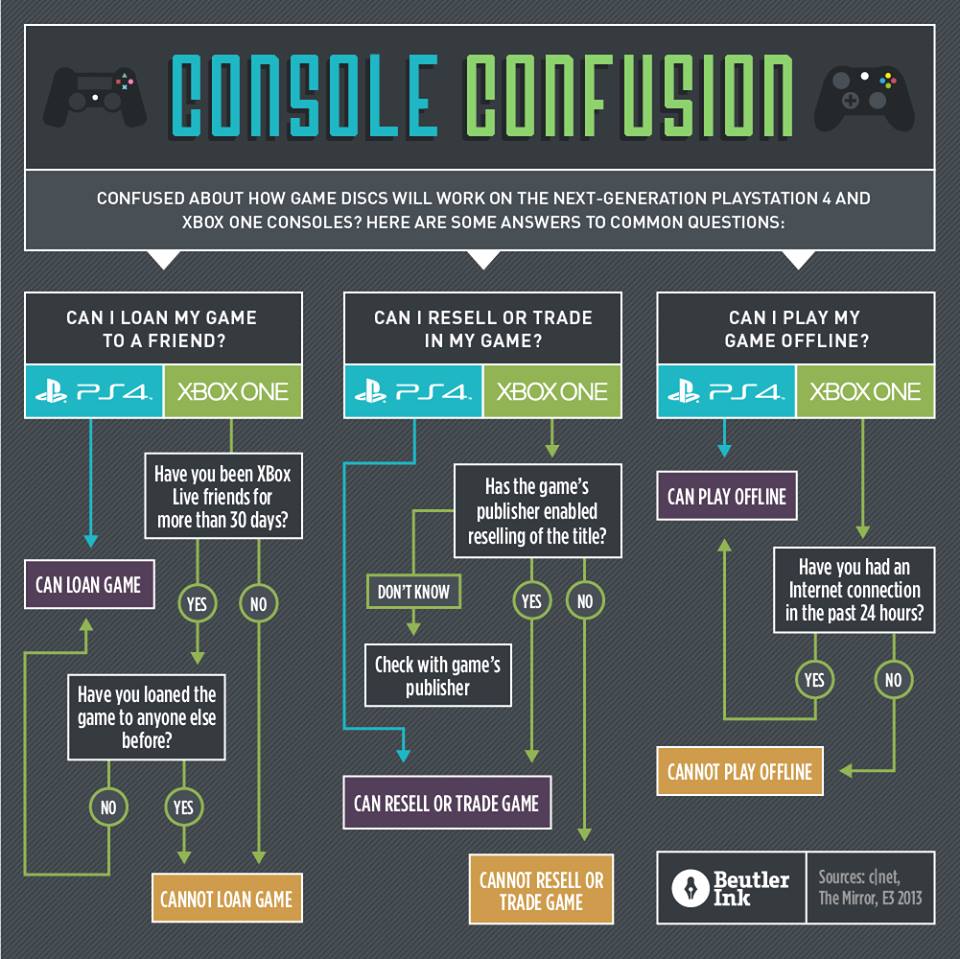 Xbox One will need to connect to the internet every 24 hours to let you play any game (even single player games) on your primary console. Any other console needs to connect to the Internet every hour. Some games and services will require a persistent connection. If you are somewhere without any Internet connection at all, such as a military base, you will NOT be able to use Xbox One. Watching TV or Blu-Ray discs is exempt from this restriction. 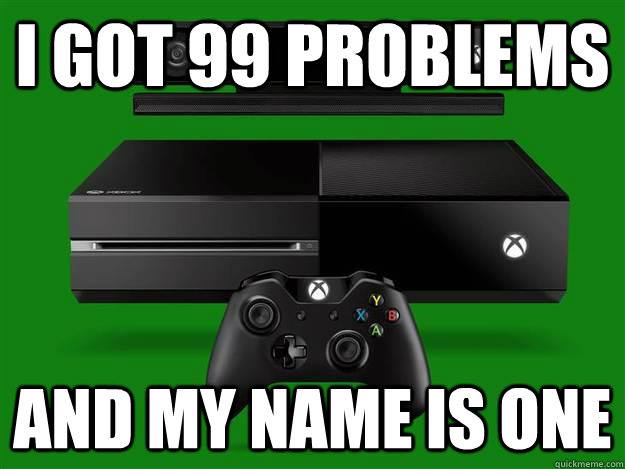 What this all means is that Microsoft is doing what they feel that they need to in order to make sure games aren’t being pirated and shared. They want to protect their first-party and third-party developers. By checking in every so often they can verify the game you bought is the only copy of the game out in the wild. 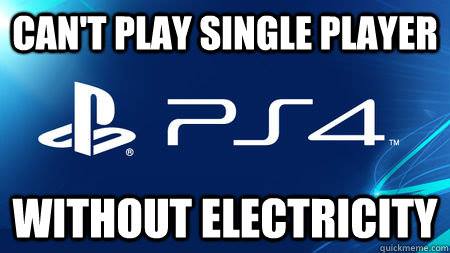 I believe their stance on this is actually going to help them win the console war when it comes to exclusives. If you can for a minute, hear me out.

If you look at it from the point of view of a developer or publisher, why wouldn’t you want to develop games for a console which people will be forced to buy your game new? They can hide in the shadows and play the ruse of “It’s them forcing you to buy new, not us!” While this is just my point of view, the facts are there! Is it any surprise that Microsoft came out during their reveal and E3 press conference mentioning several times how many exclusives they have nailed down? Most gamers reacted to that by saying Microsoft listened to their community and heard that they wanted more exclusives. I heard Microsoft saying to developers and publishers “We made a console to protect your product.”

Just as a side note, I’d like to know who gets the money from the fee that’s charged when you play your friends game on your account. My guess, Microsoft!

Now we can all act like developers and publishers care about us, and while I’m sure most of them actually do, some care more about their bottom line.

Gamers can make a statement by voicing their opinions with their wallets and just not buy the new X-Box and games, but we all know how that will work out! Gamers are creatures of habit. They will buy what they know. They will buy what their friends have, so they can game together.  Also, I understand something else that means something to me, but maybe not to you. I am what is called a “Trophy Whore” I’m so dedicated to it, I even named my podcast after this nickname (shameless plug I know). I do not want to start over on another console and lose all the hard work I put into getting all those trophies. If achievements are your thing on the X-Box 360, are you willing to make a switch? Microsoft is betting on the fact that you won’t.

Well that’s it! Let me know what you think in the comments below!