After the announcement of Middle-Earth: Shadow of Mordor, many people pointed out that the game looks very similar to Ubisoft’s Assassin’s Creed series.  Even former Ubisoft developer, Charles Randall, accused Monolith and Warner Bros. of stealing animations and code from Assassin’s Creed II.

In an attempt to brush off the critique, the team at Monolith responded by claiming that although they looked at Rocksteady’s Batman games for “combat and stealth” inspiration, they didn’t take anything from Ubisoft.  However, the floodgates were open and people decided to attack Monolith anyways.

Many user comments on forums and articles bashed the team at Monolith for “copying” or “ripping off” the AC franchise.  Interestingly enough, although Shadow of Mordor only shares similar animations with AC II, people are quickly writing this game off as an imitation of Ubisoft’s series.

Thinking about the topic, it led me to the question: Are video game clones all that bad? 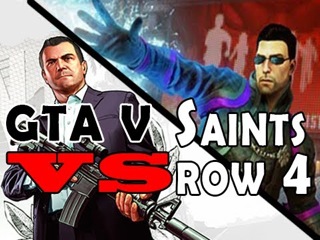 Almost on a yearly basis there is at least one headline describing how a new game is a clone of a successful game.  One of the more memorable ones, Darksiders, was accused of being a mere God of War and Zelda rip off.  Although the similarities were clear, it doesn’t mean that Darksiders isn’t a fun and expansive journey unique to its own branding.  But there are certain people who will completely avoid a game if it gets a bad reputation in the media.  Because of this, many people missed out on an exciting title.

When Darksiders was announced and the naysayers began the attack, it was interesting that they forgot that, once upon a time, God of War was perceived as a Devil May Cry imitation.  Critics consistently mentioned how God of War’s combat mirrored Devil May Cry’s.  Yet people soon forgot about the comparison, because GOW went on to become one of the largest series within recent memory.

Similarly, Saints Row has grown out of the success of Grand Theft Auto.  At first the series was written off as a mere clone of GTA, yet Saint’s Row has a huge fan base that actually prefers it to the latter.  It may be more niche than GTA, but there is no denying that Volition has created a frantically fun parody of modern society.  There is more than enough room for both GTA and Saints’, titles that have quite a bit in common, yet the third person action genre isn’t large enough for two open-world games of the same ilk?

Even if a new game does copy some ideas from a different series, as long as they add some value of their own to the market, isn’t that enough to warrant a spot on the shelf?  Look at all of the games that share the same gameplay formats as Call of Duty.  Being one of the largest franchises in history, it would be horrible business to not borrow some ideas from the massive success that is COD.

Also, since most people, outside of some editors/writers, haven’t had a chance to play the game yet, shouldn’t we all just remain unbiased until we get some hands on time? I know it is just wishful thinking on my behalf, but it would be nice for gamers to actually play a game before they bash it. 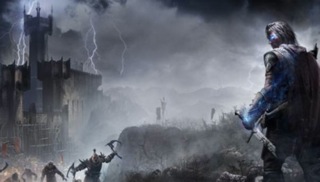 I honestly hope that Shadow of Mordor becomes one of the best games of the year, because the nemesis system and the potential for an awesome open-world Lord of the Rings game has me on edge.