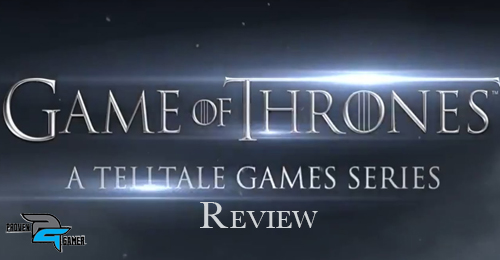 I will say this for those who have not watched the show from where the story starts off at, this game will be a major spoiler. So before playing the game I suggest watching the show before playing. The story takes place outside the palace where the Red Wedding takes place. While members of the Stark family are attending the wedding, their soldiers are outside of the castle in their tents, eating and so forth.
One of the main characters in the game is a Squire for Lord Forrester, whose name is Gared Tuttle. In the beginning of the game you will hear stories about the “King Slayer”, Jamie Lannister. After a speech from Lord Forrester, he wants to talk to Gared privately to empower him more than just a Squire.

While Gared is helping out another squire to get wine, he notices how the guards are fully armed. When approached Gared has a choice to run and warn Lord Forrester or save the squire. As Gared is escaping from the guards, he has to make some quick maneuvers to protect himself while heading to Lord Forrester. Once making it to Lord Forrester who is trying desperately to survive, they have a conversation and Gared promises to return to Ironrath with a message. He promises to keep Lord Forrester’s secret and only tell Gared’s uncle about “North Grove”. On his way back to the House of Forrester he comes across Lord Snow’s men killing his father on his family land and kills one of the men.

Once arriving to the House of Forrester Gared gives the news that Lord Forrester and his son were killed at the Red Wedding. Ethan was appointed Lord after the news came back that his father and his older brother were killed. One of the Forrester soldiers stole and now Lord Ethan has a decision to make out of three choices; they are 1-send the soldier to the wall, 2- cut his fingers off and 3- pardon him from the crime that he committed. Now that is your decision to make what Ethan will choose.
Mira Forrester receives the raven from her mother asking her to ask for help. You can see the letter as Mira walks over to her chest and letter is there for you to pick up and read. After that Ms. Tyrell comes in to inform Mira that the crown has concerns on having a handmaiden from the north. Knowing that she is a Forrester and her family is the banner man for the Starks they questioning where Mira’s loyalty stands. Ms. Tyrell’s also tells her while she is being questioned by the queen, she stresses that the importance is to say what is right and not how she feels. Margery has a concern that Mira doesn’t know how the politics work in Kings Landing. During this time Lady Forrester has sent a raven to Kings Landing where Mira Forrester is the handmaiden to Margery Tyrell who is set to marry King Joffrey Lannister.

As you are now playing the role of Mira, you will be heading into the Grand Hall to speak to Cersei and Tyrion. While Mira is there they are testing her to see where her loyalty lies with the crown or to the north with her family and the Starks. The queen will also ask you where your loyalty lies with the Roose Bolton the new Warden of the North. This is where Mira (you) can make that choice to say yes or no. Then Cersei brings up the importance of the Forrester land, the Ironwood. As they know Ironwood is the strongest wood in all the land. Ironwood is the hardest wood and it is also fire resistant. The northerner’s used it to build weapons, shields, boats and homes out of this wood. After being questioned by the queen, Cersei asks to speak to Ms. Tyrell alone and the two leave the Grand Hall and leaves Mira alone with Tyrion. At this very moment Tyrion will try to recruit Mira as an ally.

Mira will return to the maiden’s chambers where she is talking with another girl about the wedding plans and she is joking around at the same time. A few moments later Margery walks into the chambers and asks the two girls what they are doing with the seating arrangements for the wedding. Mira asks to speak to Margery alone and Margery said that whatever you need to say you can say it in front of the other girl. You have a choice at this moment to allow the other girl stay in the room or choose to have her leave the room. After you make your decision, Mira then asks Margery is she can speak to the king to see if he can help Ironrath from Roose Bolton. Margery said that she will try to see if she can convince the king to help out, but she doesn’t promise that it can be done.

At the same time Ethan who is the oldest at the moment at Forrester is named lord. He has a decision to make of retrieving his elder brother and also choosing a new Sentinel at the same time. Ethan had to choose between Roland who is in charge of the Forrester army and Duncan. Ethan can speak to Ryon, Roland, Malcom and his twin sister about this decision. Ethan will talk with each individual and listen to what each has to say about the two men who are up for Sentinel. In the end, only Ethan (you) can make that final decision on who Ethan wants as Sentinel. Beside that decision that has to be made, Ethan also has another decision to make on sending his uncle Malcom to Essos to bring back his older brother or keep him in Ironrath when Ramsey Snow arrives.
Now we are at the point with deciding if Ethan should meet Ramsey Snow in the Great Hall. If this is being asked that means Duncan is the Sentinel then Ramsey Snow will be in the Great Hall for the meeting with Ethan along with Duncan and Roose Bolton. While they are talking Lady Forrester enters the Great Hall with the youngest son and Ethan’s twin sister. While Ramsey Snow is talking to Ethan he asks Ethan will he kneel before him, which Ethan has a choice to kneel or not. Snow goes on talking about the Ironwood and how the Forrester’s will provide the wood to the king. Ethan has a choice to say its 1- always been on Forrester land, 2- Whitehall’s will ruin the land or 3- We are the true craftsmen. Ramsey snow turns and says that the Ironwood will be split 50/50 and Bolton starts to yell. Snow turns and says that we will see who will care for the Ironwood properly and who will make it last longer, since Ethan stated that would you like the wood to last you 50 years with the Whitehall’s caring for it or thousands of years in the Forrester’s hands.

Once Ramsey makes his decision with the Ironwood, he walks over to Talia, Ethan’s twin sister and tells them that he is taking her as a hostage. Ethan walks over and has a decision to make, 1- Take me instead, and 2- Let her go! Or 3- Grab Talia. Well let’s just say with either decision you make on this, Ethan will get a knife to his throat. Then we will walk over and take Ryon the youngest son as hostage.

Overall, I must say I enjoyed playing Episode 1 and looking forward to Episode 2. Even though I am not use to making such a quick decision and being time, I had fun.