News, and subsequently news stories, can be very fluid. With all the hustle and bustle of everyday life, sometimes stories will slip through the cracks. Well, the Proven News Wrap-Up is here to fix all that! Below are what we have determined to be the top stories for the week of 4/20. Although they are numbered, they are not ranked in any particular order

1) Black Ops 4 Will Not Have Single-Player Campaign(Rumor)

Although this is technically still a rumor, it looks like the chances of it being true are high. Originally reported by Polygon, rumors have surfaced that Call of Duty: Black Ops 4 will not have a single-player campaign. The report suggests that the campaign would not have been finished in time for the October 12 release date and was scrapped to focus on the multiplayer and zombie modes. In addition to these modes, it also sounds like the game will have its take on battle royale. 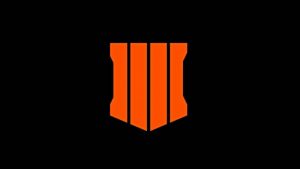 This rumor poses several questions about the state of Black Ops 4. First, and most importantly, can any amount of additional multiplayer content make the game feel complete? Regardless of how they were received or how many people played them, campaigns in Call of Duty games have always existed. Sometimes they are nothing special, but they also had campaigns that have been crazy and a blast to go through. Beyond the question of the game feeling whole, the lack of single player raises other questions. How will the game be marketed? What is the context of the multiplayer world? These will be things that will have to be addressed going forward.

Earlier this week, it was announced that the Switch port of the remastered edition of Dark Souls was being delayed from the original release date of May 25 to the summer of 2018. While the delay itself is a bummer, there are two crucial details that make it sting even more.

First, the lack of a concrete release date is a shame. A summer 2018 release date could mean the game is delayed by just a few weeks, or by several months. Hopefully, the new release date will be announced soon. The second reason the delay hurts is that the PC, PlayStation 4, and Xbox One versions of the game are still coming on May 25. The reasons for the delay still aren’t clear, but not being able to take the game on the go right out of the gate is unfortunate.

When it comes to soccer games, FIFA has always been the big man on campus. However, over recent years, Konami’s Pro Evolution Soccer has made a niche for itself as a viable second option for people who aren’t happy with FIFA. One of the things that set the game apart was the UEFA Champions League license. This license was exclusive to PES, allowing it to played as a tournament or in career mode.

It will be interesting to see if EA swoops up the license for FIFA, which already has a huge amount of teams, leagues, and international clubs in its lineup.

Since the announcement of the NES and SNES classic consoles, more and more of these game collections have started to come out. SNK is the latest to make the jump. In a post to their official Twitter page, they teased what appears to be a new piece of hardware.

The thing that immediately sets this unit apart is that it has the look of an arcade cabinet more than a home console. If that is the case, it raises some new questions. How big is the monitor? Does it have a battery? Can the games still be outputted to a TV screen? Hopefully, more news will come out about the unit soon and these questions will be answered.