During Ubisoft’s stellar E3 press conference, it was announced that Assassin’s Creed Unity will be released on October 28, 2014.

The gameplay, if nothing else, seems to improve upon the NPC count and character animations.  The protagonist, atop of a gargoyle and scaling down the side of a building, seemingly moves at a faster rate than that of previous titles released last gen (including AC4: Black Flag).

Assassin’s Creed Unity will be released for Playstation 4, Xbox One and PC.

The President, a self-professed gaming novice, probably doesn’t have a lot of time to spend behind a keyboard and mouse defeating the likes of bandits, witches and demons, yet during a trip to Poland, President Obama met up with the Prime Minister to discuss something rather important: The Witcher.

“The last time I was here, Donald [Tusk, Poland’s Prime Minister] gave me a gift, the video game developed here in Poland that’s won fans the world over, The Witcher,” Obama said. “I confess, I’m not very good at video games, but I’ve been told that it is a great example of Poland’s place in the new global economy. And it’s a tribute to the talents and work ethic of the Polish people as well as the wise stewardship of Polish leaders like Prime Minister Tusk.”

The Witcher originally came out in 2007 to awesome reviews and fanfare. The sequel, Assassin’s of Kings was released in 2011 and was loved by fans for its highly addicting combat system. At the rate that the President enjoys his video games, The Witcher 3: Wild Hunt, which is scheduled for a February 2015 release window, will be upon us and President Obama will have quite the backlog.

Stay tuned for more Witcher news as E3 lurks around the corner.

A report from Engadget states that there is a new collection coming to the Xbox One system. This collection is called Halo: The Master Chief Collection and will include Halo: Combat Evolved, Halo 2, Halo 3, and Halo 4. This is supposedly due out sometime this year and no price tag has been set.

If its true this is a great collection to refresh anyone on Master Chief’s story before Halo 5: Guardians comes out. Halo 3: ODST and Halo: Reach will not be included, and rightly so as they are not a main part of Master Chief himself.

Microsoft has yet to confirm any of this nor do we know who is actually in development of this collection. We are also not sure if this is going to be just a simple port or an actual remake of the series. I would put my money on just a port. Stay tuned to Provengamer.com for more details on the Halo: Master Chief Collection. 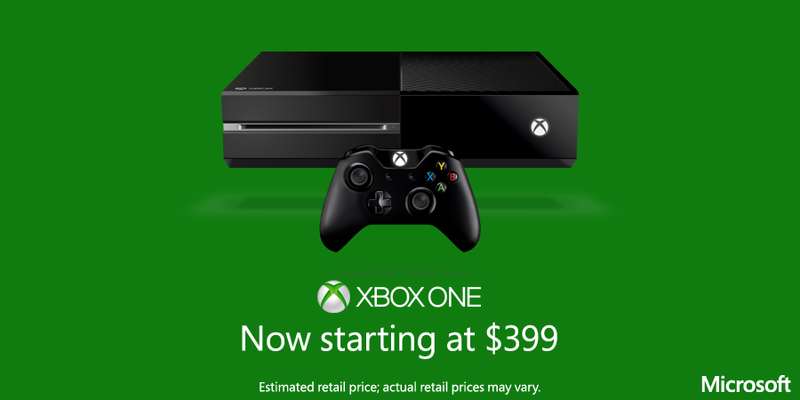 According to Eurogamer.pt, Portuguese retailer Worten is confirming that they will sell the PS4 version of GTA V.

Worten confirmed to us that have indications that place, in fact, on sale PlayStation 4 Grand Theft Auto V version, this in response to the opening of bookings for this version .

Once contacted, the response Worten was as follows:
“On the issue that got us, we would inform you that we have the information that Worten stores will sell the game in question.”We remind all readers that Rockstar Games has not confirmed versions for the new consoles (Xbox and PlayStation 4 One) and PC, but over these months, ie since the September release for the PlayStation 3 and Xbox 360 various rumors that have arisen and directions in this regard.Right now the PlayStation 4 Grand Theft Auto V version remains in reserve in Worten site .Worten page does not mention a release date, but the store SuperGamer Czech, who also is taking reservations for the PlayStation 4 release, along with the Xbox and PC versions One notes that the release date is June 13 this year .Another retailer, SuperGamer Czech, is also accepting reservations for XB1 and PC.
Retailer Worten, right now, only appears to accept reservations for PS4. That said, I think it is a highly unlikely that a new-gen edition of GTA V is exclusive to PS4.

Konami has announced an exclusive pre-order DLC for its soon to be released Metal Gear Solid V: Ground Zeroes for PlayStation®4, PlayStation®3, Xbox One and Xbox 360, and released assets showing several key gameplay additions in action.

Kojima Productions has also confirmed that all four versions of Metal Gear Solid V: Ground Zeroes will benefit from an accompanying iDROID App. Accessed by iOS, Android, and Smart Glass systems, the iDROID service acts as a second game screen and syncs with the main action. It can be used to show a map of the world and summon air support, while any cassettes found in the game can also be played via the App, and it will also show your global ranking in terms of mission success.

The iDROID provides the ability to build Mother Base. The Mother Base is an integral part of the iDROID App and works as a stand-alone game. Using iDROID, players can sync with Ground Zeroes, and work on their Mother Base while on the road or listen to music and intel contained on cassette tapes found in the main game.

Today, September 4th, 2013, Microsoft announced the release date for the Xbox One to be November 22nd for both the US and European markets. This means that Xbox One will be released one week after PlayStation 4 in the US and one week before in Europe. The Wii U, Nintendo’s contribution to this generation of consoles, will have been out for a year by then.

With the Xbox One being the last to come out in the US market and the most expensive system (starting at $500), it would seem that it does not bode well for Microsoft, but Microsoft Chief Marketing Officer, Yusuf Mehdi, claimed that they had, “sold out of our pre-order supply in the U.S. faster than at any other time in our history.” It looks like it will be a hard fought battle between PS4 and Xbox One for who will win the next gen and with the Wii U doing lackluster in sales, it will be interesting to see who comes out on top!

A civil war has been festering for years now and at the end of 2013 it will come to a head. This war has put family members at odds. It has even ended friendships. Some may ask: what is this war you speak of? I’m speaking of the war of gamers (ps4 vs. xboxone).

With the Xbox, you’ll pay a subscription fee of $59.99 which includes online gaming, Netflix, Hulu plus, as well as other apps. PlayStation network is free and does not require you to pay to play online or access Netflix, Hulu plus, or any other apps. With the ps3 Sony gives you an option of getting the free service or paying for the premium service “PlayStation Plus”. With PlayStation Plus you pay a fee for extra content at a cheaper price or “free”. Within the first month of Plus the free games you get actually pay for your whole year of plus which is winning. Microsoft has adopted the free games concept within the last month; which in my opinion is too little too late. I’ve been a gold member for 8 years and have not received one free game from Microsoft.
The bottom line is: to each its own. Choose your console based on what’s best suited for you and not because of the name. Me, I want a console that’s built for gaming. That’s what I do. Not a console that forces an all in one and neglects the hardcore gamers. If I pay you excessive money to play my games on your console and you choose to reward me with free games then you know where my money is going. I’m not here to persuade you to choose Sony but hey, it is what it is. They are taking care of the gamers first.
When November comes and all the dust has settled both consoles will do the same thing…….. PLAY GAMES
Only to be separated by exclusives.
So cut all the bickering and bitching between systems and get ya game on.