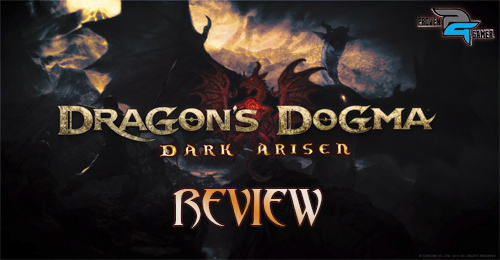 During the nineties and the early two thousands, Capcom was one of the most prominent developers in the video game industry.  However, after their controversial DLC decisions, the complete destruction of the Resident Evil franchise, and a slew of bad hits, Capcom paled in comparison to its former self.  So when they put out a fantasy RPG just a couple of months after Skyrim released, I quickly looked over the game.  However, having beat Dragon’s Dogma: Dark Arisen, I regret not supporting the game at launch.

Dragon’s Dogma is an awesome game; however, if you are looking for an expansive story filled with a lot of lore, than you should probably look elsewhere.  The main premise of the game is that you take control of a created character, who upon battling a dragon, has their heart ripped from their body.  When a miracle occurs and you survive the attack, your quest begins to hunt down the dragon to get your heart back.  There isn’t much to the story beyond this point.  A couple of interesting ideas are brought up at the end of the game, but the rest are rather dull.

The reason that you will continue to play the game, even after you realize that the story is lackluster, is the amazing combat mechanics.  Part “Dark Souls” and part “Shadow of the Colossus,” the combat is easily the best aspect of the title.  You could mash some buttons and get through the beginning of the game, but if you are planning on surviving past the first two or three hours, you will have to adapt to the fighting styles of each type of enemy.

Mastering your characters abilities is key to success, especially when you find yourself caught in the wilderness at nighttime.  Although the enemy AI is not as brutal as  “Dark Souls,” you will be hard pressed to survive the night.  Especially given that the world of Gransys is ripe with otherworldly and mythological creatures, including Dragons, Harpies and Griffins.   At any given moment, these or the numerous other creatures can, and most likely, will kill you.

Although the game is devastatingly difficult at certain points, you are given all the power you need to fight back.  The mechanics allow you to climb the creature and attack weaker points, which are generally located at the head of the monster.  This is pivotal to winning against your hardest opponents, including the infamous “Ur-Dragon.”  But, just because you have the upper hand, doesn’t mean that you are completely safe.  Often times, the enemy will unleash its most powerful attack with you trying to climb it.

One way to survive in the game is to rely on your pawn, as well as other player’s pawns.  Pawns are non-playable characters that work alongside of you to help defeat monsters.  Throughout the game, you will come across waystones.  These devices will allow you to recruit pawns.  Some will require you to part with valuable currency, but, thankfully, most players will allow you to use their pawns for free.  Learning how to get the best out of the pawns in your party is one of the best ways to ensure victory.  Tired of being low on health? Go to one of the waystones and recruit a magic wielding pawn to keep your HP from dropping too low.

Still, one disappointing aspect of the pawn system is that other players cannot join your game.  If you can use their pawns similar to a cooperative mode, why couldn’t Capcom find a way for other players to join your game, whether as their pawns or their own main characters?  Perhaps if the game gets a sequel, Capcom can implement this feature.

Although there is a new game plus mode, you will find little in the way of challenge.  Enemies do not scale with your level, so most of the time; you will simply mow through them.  If trophy hunting is your thing, it is a good place to clean up some trophies that you may have missed your first time through the game.

The Dark Arisen expansion is the most rewarding experience that you will come across your second time through the game.  It adds a significant amount of enemies to fight, as well the best armor in the game.  Dark Arisen doesn’t drastically add to the story, but you more than likely won’t care at this point.

Expect to play in the 80+ hour range if you are looking to witness everything the game has to offer.