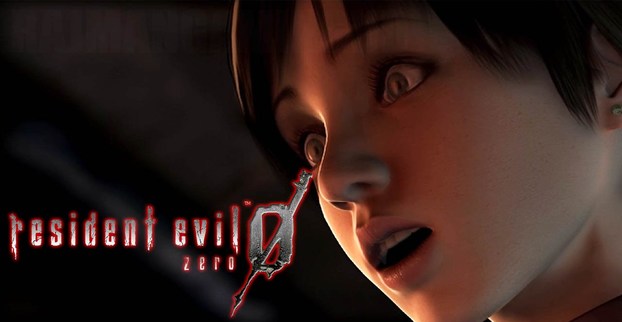 In a world where the line is often blurred between true survival horror and action adventure, Resident Evil Zero HD is a breath of nostalgic, fresh air. Bringing back the look and feel of classic Resident Evil survival horror with updated 1080p graphics and trophy/achievement support, this HD remaster takes an existing good game and makes it better. 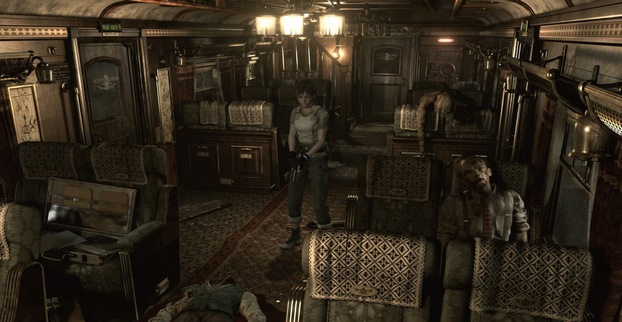 Resident Evil Zero opens up with an unfortunate helicopter crash right outside of Raccoon City near the Arklay Mountains. You start the game with protagonist Rebecca Chambers, the youngest member of Special Tactics and Rescue Service (STARS.) Once Bravo Team regroups from the crash, they stumble upon a Military Police vehicle turned over with two soldiers shredded to pieces while their prisoner and former marine Billy Coen is missing. Shortly after finding what seems to be an abandoned train, Rebecca and Billy cross paths and the adventure begins. From here on out, the unlikely duo encounter a huge array of zombies, dogs, monsters, and the newest addition, leeches. Like most Resident Evil titles, you start off battling your way through your traditional slow moving dead heads. Then, shortly after, there is a nice little throwback to the original RE with a dog burying through a window at you. It’s not long after that you come across these slimy and disgusting leeches in hordes throughout the train only to discover their hive mind mentality and ability to come together to form something even more disgusting and terrible. You don’t spend too much time on this murky, thought-to-be-abandoned train, before you pay a nice visit to one of Umbrella Corporation’s spooky Mansions. From there your quest to survive really takes off as you battle zombies, monkeys, leeches and their counterparts, crows, and other unfortunate experiments from Umbrella’s finest.

Graphically, this game is stellar. The already beautiful pre-rendered backgrounds have been touched up with new lighting and textures. It is quite beautiful at times, and this title provides plenty of environments to explore from the train to the mansion, inside and out. The cut scenes in the game still look great, but it does not appear that they received the time and detail as the rest of the game. As far as the enemy character models go, there is an insane amount of detail. And much like the personalities of our two main protagonists, the character models look good but lack detail in some areas.

Speaking of dull personalities, just like classic RE games, some of the voice acting is just plain out bad. Billy Coen, with his 80’s hair that kind of looks like a Joe Dirt mullet, his tribal tattoos, and his cheesy one liners, fails to deliver when it comes to becoming a big hitter in the series like Leon Kennedy or Chris Redfield. Rebecca’s character could have been better. A bright young member of STARS looking to prove herself could have really been helped out with some better dialog. Or maybe just a better dance partner. Either way, neither of them were just plain out bad, but there were times where I laughed at the utter dullness of the two somewhat bland protagonists. Now as for Oprea Leech man……I still don’t know what he is. His character just doesn’t fit the universe. It looked as if he was ripped from Parasite Eve or Final Fantasy. And then of course Wesker, who goes down as one of the greatest, most interesting, and coolest bad guys in all of video games, shows up and delivers the goods as one would expect. 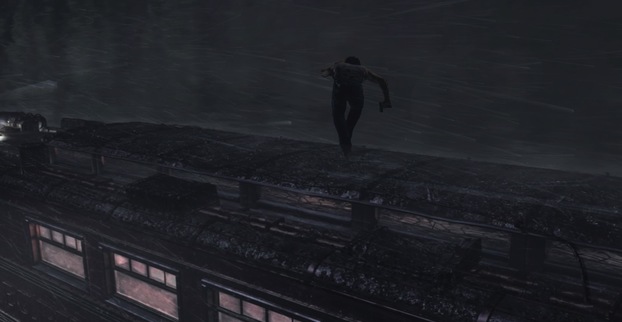 Unlike last year’s Resident Evil HD remaster of the HD Remake, the gun play in RE Zero is actually pretty good. In the original RE bullets were not only scarce, but it would take almost an entire clip to put down a zombie. In Zero, that is not the case. Depending on the difficulty you can take down a zombie or dog in as little as two rounds. And like any good survival horror, ammo and resources are few and far between. Inventory management is key in RE Zero! In previous Resident Evil titles you have a limited amount of slots on your person, but you had these strategically placed inventory crates that you could run back to at any time and exchange items, health, and ammo. In this game, that is not the case. You have six slots per character and you can trade items in between them on the fly. You can also drop items anywhere in the map and come back to them unlike in most games where if you discard an item, it magically disappears. For an added challenge, your larger weapons like the hunting rifle don’t just take up one slot, they take up two not including ammo. So, you will spend a very large amount of time looking at your items trying to plan what you need to make it to the next save point and weighing the pros and cons of guns and herbs vs items to progress through the game.

You have the option to play with the old tank controls or a fast more modern version of them. As a personal fan of the Resident Evil control scheme, I feel the tanks controls are an important building block to creating the tension needed in a proper survival horror game. But I understand that can make these games much more difficult for casual gamers to pick up a title like this and run with it. Zero does feel much faster and more responsive than previous RE titles, and this game adds a new mechanic to the series by giving you the option to switch between characters on the fly with the push of one button. At times this is a very nice and fun feature, but there are some instances where the AI is just not good and your partner will die and you will be forced to restart from your last save point and it’s possible that you did nothing to deserve it.

Alongside the challenging Trophy/Achievement list, Capcom added some new and fun content. Aside from some silly outfits there is Wesker mode. To unlock it you must complete the game. Then you are allowed to run back through and smash Zombies and other creatures with all of Wesker’s super abilities. Unfortunately you still have to hear Billy Coen’s somber and often flat voice rather than the iconic DC Douglas. But hey, at least you look cool! 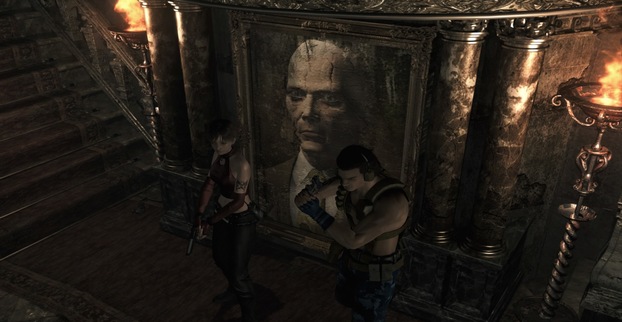 With fixed camera angles, tank controls, beautiful and spooky environments, and that classic Resident Evil charm, Resident Evil Zero was good before and continues to impress today. The crisp 1080p graphics with the much improved lighting, great sound, fun but tension filled gameplay, and new game content like Wesker mode, this Resident Evil title a must play.