Bethesda Softworks®, a ZeniMax® Media company, today revealed that Fallout 4 for HTC Vive VR headsets will be released within the next 12 months. At BE3 Plus, attendees were given a taste of what’s to come, exploring the world of Fallout 4, using the game’s Pip-Boy and interacting with Dogmeat – all in virtual reality. The demo will also be playable at Bethesda’s E3 booth (South Hall, #1647).

“We think that VR is the perfect fit for truly immersive games like our massive open-world RPGs,” said Bethesda Global VP of Marketing & PR Pete Hines. “If you thought Survival Mode was an intense Fallout experience… you ain’t seen nothing yet.”

Fallout 4’s upcoming VR release is a glimpse of where Bethesda is headed with VR, further illustrating Bethesda’s drive to remain a leader in cutting edge technology – including VR – and to offer fans the best games on whatever platform they choose.

“We are thrilled to welcome the incredible world of Fallout 4 to the HTC Vive platform. Players are going to be blown away when they experience Fallout 4 VR with the full immersion offered on the Vive,” said Joel Breton, VP of VR Content for HTC.

Winner of more than 50 Game of the Year Awards including top honors at the 2016 BAFTA Games Awards and the 2016 D.I.C.E. Awards, Fallout 4 is the follow up to the 2008 ‘Game of the Year’, Fallout® 3, and the first title from Bethesda Game Studios since the release of their global phenomenon and 2011 ‘Game of the Year’, The Elder Scrolls V: Skyrim®.

In addition to offering a demo of Fallout 4, a VR tour of hell in DOOM was also available at BE3 Plus. The DOOM demo will be available at Bethesda’s E3 booth. The demo exhibits idTech 6’s impressive next-gen graphics and rendering.

“Since we first showed off modern VR with DOOM 3 BFG at E3 2012, we have dedicated ourselves to the technology, constantly pushing ourselves forward,” Hines said. 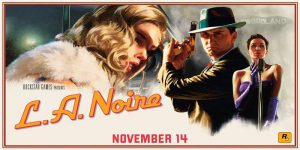 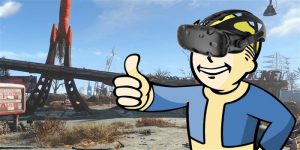