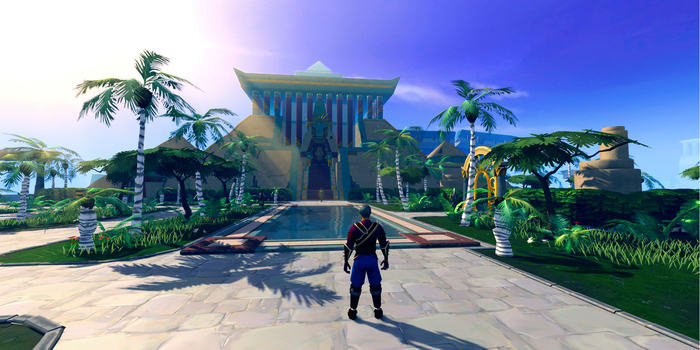 Popular MMORPG, RuneScape has a brand new expansion called Menaphos: The Golden City and it is released today! See the trailer and press release below.

Enabling all gamers to experience Menaphos, an open access weekend will be held from this Friday 9th June through to Monday 12th June, allowing non-members the chance to explore the expansion and the wider RuneScape world of Gielinor… for free.

While largely an expansion for mid- and high-level players, Menaphos: The Golden City will be accessible to newcomers to the MMORPG. On completion of a three-part questline that takes them across the desert sands to the city itself, they can explore the area and discover its many collectibles, benefit from the 5% buff on all skill training, and take part in City Quests, before using Menaphos as a jumping-off point into the rest of RuneScape’s world.

“Players have been intrigued to find out what’s behind the closed doors of Menaphos for 12 years, so we’re really excited to finally reveal all. When we announced the first in the RuneScape Expansions would be The Golden City at RuneFest last year, the reception we received was incredible,” said David Osborne, Lead Designer, RuneScape. “We really hope they enjoy the adventure we’ve created, as well as the many secrets held within the city walls that we’re letting them discover for themselves!”