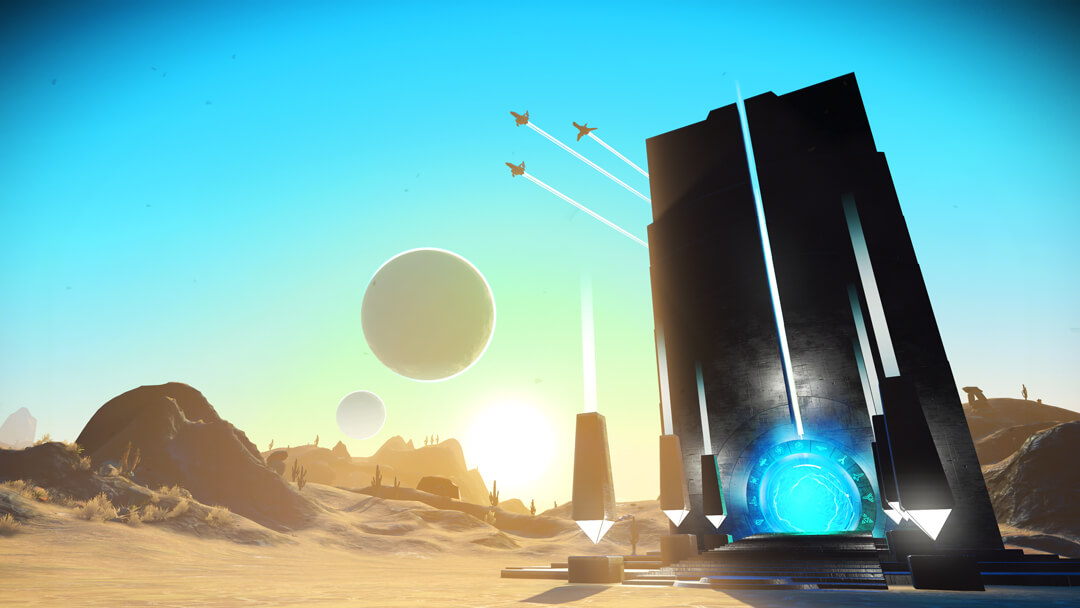 Released almost a year ago, No Man’s Sky has had a turbulent ride through the gaming industry. Its initial release was met with mixed reviews from players and critics, claiming that early previews promised more than the final game offered.  Regardless of reviews and complaints, Hello Games has committed to keeping the game alive.  Over the past year, they have released a few updates (to the game) adding in a lot of content: farming, vehicles, base-building, and quality-of-life improvements — just to name a few. These updates have kept some players, myself included, hooked in for the ride and showed that Hello Games intends to work on No Man’s Sky until they reach their vision — and possibly beyond. While the previous two updates did add a ton to the game, they pale in comparison to the newest update: Atlas Rises.  To give you a brief idea of just how much this update offers, Atlas Rises’ file size (by itself) is about as big as the base game.

Atlas Rises is a total overhaul of many gameplay systems and graphical elements in No Man’s Sky. It introduces 30 hours more of story content, randomly generated missions, in-atmosphere dog-fighting, better crafting and inventory management (and so much more).  I’m glad that, through the haze of negativity, Hello Games is continuing its journey with No Man’s Sky.

Below is a link to the official release page for the update for the patch notes and a look into what this update entails. With that, I’m off exploring the galaxy once again. See you around the cosmos!