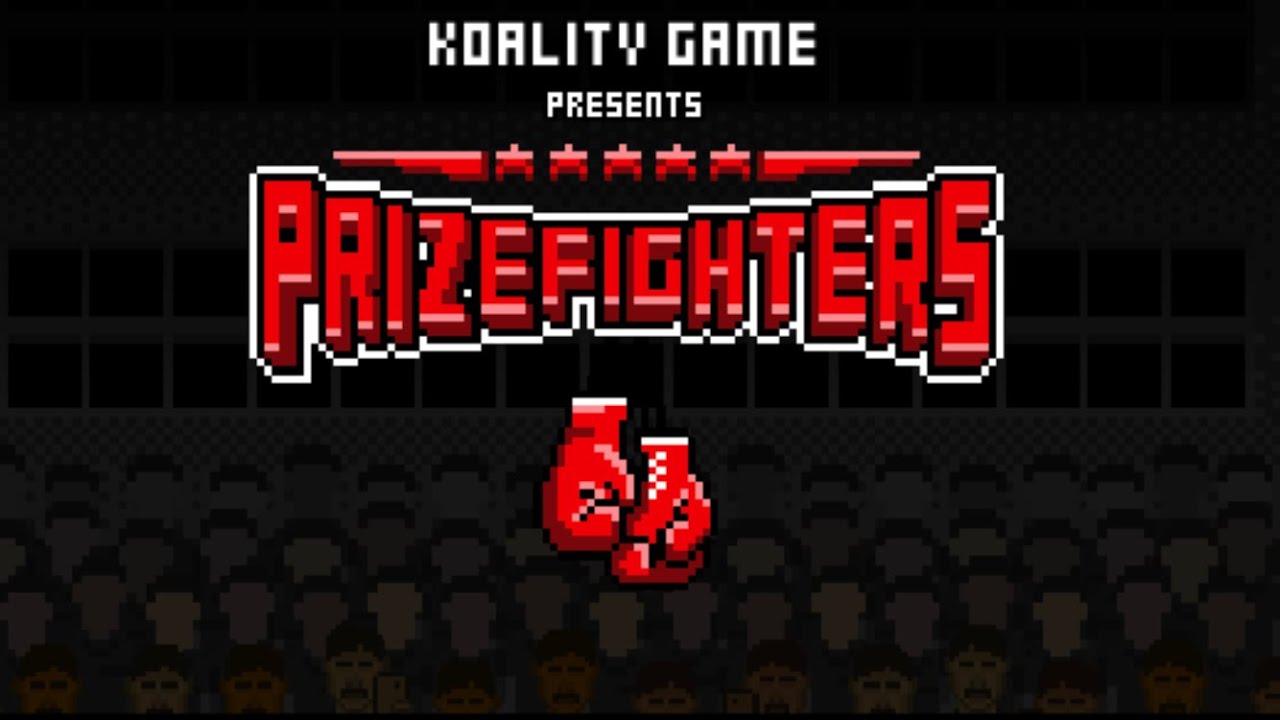 Prizefighters is a watered down, albeit addicting retro style Punch Out! inspired mobile game. For a franchise that is beloved by so many, Punch Out! games are too few and far in-between, so titles like this can be quite exciting. Prizefighters looks and feels very similar to Punch Out!, which turns out to be it’s biggest flaw. With that being said , there is something really fun here that players may want to give a chance to, especially being it is a free to play game. 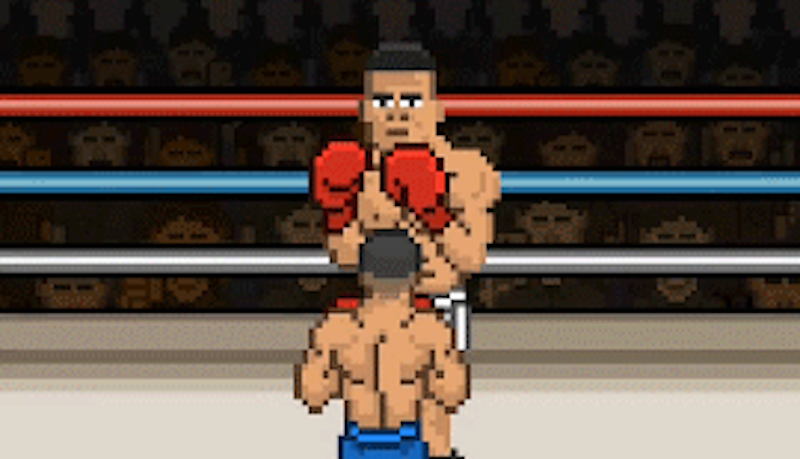 The premise is simple – create a fighter and fight up the ranks. The fighting is nearly identical to Punch Out! with the exception of command input. Button presses are replaced here with touch controls.  I was worried about the control scheme for obvious reasons but the input works surprisingly well. The screen is tapped in 4 sections to execute your punches. Top Right and Top Left do left and right jabs to the face. Bottom Right and left do the same for body shots. The more punches you land, the more power attacks you save up. Hold a punch to do a sweeping hook or cross to the body or face. Swipe up to block your face and down to block your body. Swipe left and right to dodge. It is quite simple and just as effective. Unfortunately I couldn’t get the game to work with a controller, but maybe I need to fiddle with it a little more. 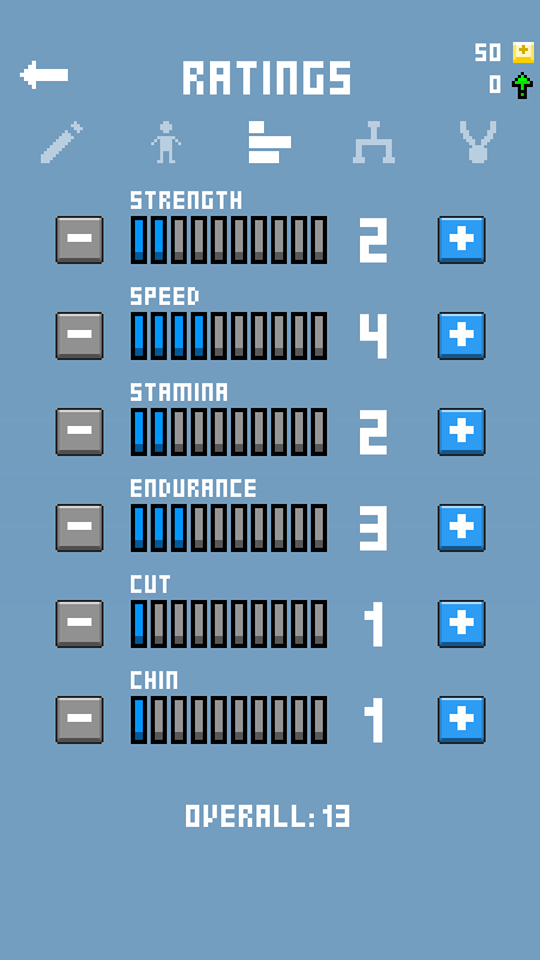 What makes the fighting a little bit too simple is the fact that the opponents you fight have no personality. That means they do not have any special moves like in Punch Out! of yore. You may see some patterns emerge, but they are not distinct enough to really call them unique to those fighters. There are no Bald Bull style charging attacks, no crazy combos, no tells. It is just you blocking and dodging, saving stamina, and unleashing a barrage of attacks. While the fighting might be simple, and not very varied, it still has moments of excitement and challenge. With every fight you earn some currency. You use that currency to unlock some customization options or, and this is my favorite part, you can increase attributes. You also gain XP when fighting which can be used to level up some skills. Want to be a fighter that focuses on raw power? You can do that. The choice is yours. Don’t misunderstand by though, we are not talking Elder Scrolls leveling up, but it is a really nice touch to a relatively simple arcade boxing game.

Eventually as you progress in your career you will win championships. Every fight you have after winning the belt is a title defense, which adds a nice layer of meta to the mode. My fighter had a 4 fight series in which I won the title, then lost it to the next ranked fighter. I then lost my rematch and went down to fight the boxer I had one the title from in the first place. I leveled up in the process and then took on the champion and LOST AGAIN. I felt defeated. These were my only two losses, but I will NOT give up. I press forward and finally beat my nemesis. He had my number there for a bit, but I was able to overcome and gain the 17th rank. It is moments like this that make a fairly straight forward mode entertaining.

Aside from moving up the ranks in career mode, you can fight the NPCs in an arcade mode. Arcade mode is a welcome departure from career mode because the fights in career mode can get pretty tough as you are under powered a few fights in. Earning extra currency to level up is important here, especially if you don’t want to spend real life cash to get some more gold. I’ve put in a solid 5 or so hours so far and have had no desire to spend any money outside of just supporting the developers.

The look and feel of this game just feels right. The animations are nice and the pixel art is gorgeous. The only area it is lacking is in the music department. The grunts and the sound of glove hitting face is great, but there is no cool track to fight to. It is a shame because the menu music is so rad. Maybe in the future we can get some sweet new tracks. All in all, there is a charm here aesthetically that shouldn’t be ignored. 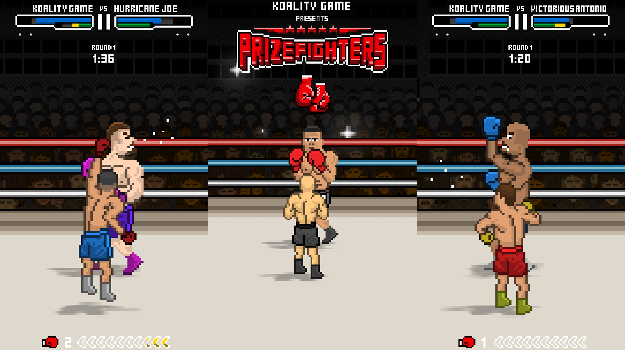 Overall I think Prizefighters is a really great homage to Punch Out!, and a really nice foundation for what I hope is a new franchise in the genre. If you liked Punch Out!, or 8-16 bit boxing games of old, give this a try. 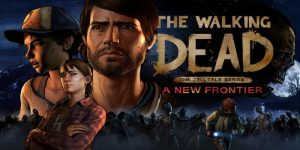 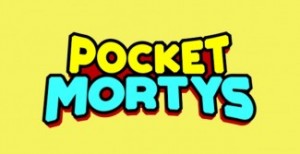 Pocket Mortys: Gotta chip them all!