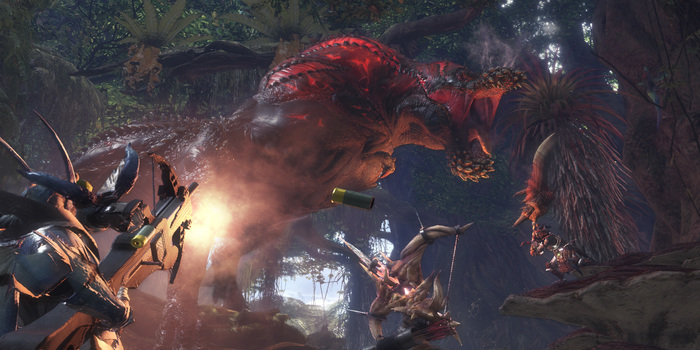 Capcom has announced the first, major, free update coming to Monster Hunter World. Highlighting the list of new content is the addition of Deviljho.

Deviljho will arrive on PlayStation 4 and Xbox One on March 22. The new Wyvern will give players access to two full armor sets as well as new weapons for each of the 14 weapon types.

It was also announced that the Spring Blossom Fest event will run from April 5 to April 18. This will give players a chance to participate in themed daily activities.

Monster Hunter World is available now on PlayStation 4 and Xbox One. Click here to check out the full update post from Capcom. Check out the launch trailer for the game below:

I am a little more than 60 hours into Monster Hunter World and still haven’t seen all the monsters the game has to offer. As a newcomer to the series, the addition of Deviljho just gives me a new reason to keep playing.