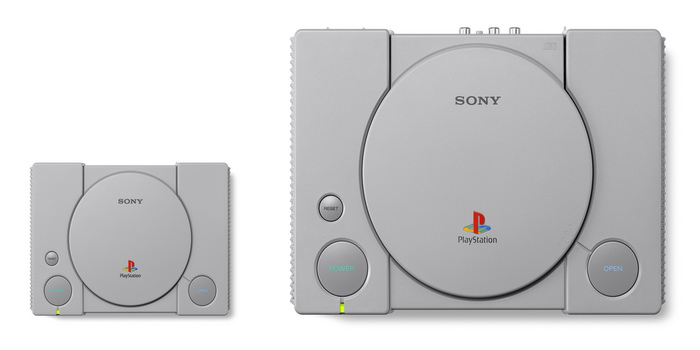 News, and subsequently news stories, can be very fluid. With all the hustle and bustle of everyday life, sometimes stories will slip through the cracks. Well, the Proven News Wrap-Up is here to fix all that! Below are what we have determined to be the top stories for the week of 9/21. Although they are numbered, they are not ranked in any particular order.

After the success of Nintendo’s NES and SNES classic, there was a lot of talk about whether other hardware manufacturers would give the classic console a shot. Sony has jumped on board, announcing the PlayStation Classic. Releasing on December 3rd at $99.99 the console will come pre-loaded with 20 games. So far, Final Fantasy VII, Jumping Flash, Ridge Racer Type 4, Tekken 3, and Wild Arms have been announced, with more games to be revealed down the road. The console will also come with two controllers, HDMI Cable, and USB Cable.

The list of games coming to the PlayStation Classic is the most interesting part to track going forward. One of the problems Sony faces with this console is that the original PlayStation’s library is massive, with fan favorites all over the place. No matter what 20 games go on the c0nsole, some will be happy, others will be disappointed their favorites didn’t make the cut. Either way, seeing classic games kept alive is always a good thing. Let us just hope the availability problems of the NES and SNES classic don’t rear their heads for Sony.

Back in mid-June, a photo leaked showing PlayStation Now giving subscribers the ability to download games directly to their hard drives. Jump ahead several months, and rumor has become reality. PS4 and PS2 games on PlayStation Now can be now downloaded and played without streaming the game. In a post to the PlayStation Blog, Sony explained that along with the games being downloadable, players will be able to transfer their saved game status of any streamed game to continue to playing locally(PlayStation Plus subscription required).

The problem with PlayStation Now has always been the internet speeds required to stream a game. With that variable out of the equation, the service just became a lot more viable for users looking to access Now’s lineup of titles. It gives Sony a competitor to Xbox’s Game Pass, although I wouldn’t expect new releases to go straight to PlayStation Now anytime soon. Either way, this is a good move for Sony.

When PUBG was announced for Xbox back at E3 2017, it was revealed as a “Console Launch Exclusive”. This left the door open for the Battle Royale game to eventually make its way to PS4. Well, that announcement could be right around the corner, with the Korean Ratings Board listing PUBG for PlayStation 4.

If PUBG is coming to PS4 soon, it is releasing at an interesting time. Fortnite is the go-to Battle Royale game for the console, and it is free-to-play. Not to mention that Blackout, Call of Duty: Black Ops IIII’s take on the genre is coming in mid-October (and is coming off a successful beta). The big question looks to be if PUBG is coming to PlayStation, can it find a foot in the market with Fortnite already dominating, and Blackout right around the corner.

Rockstar has been trickling out information for the single-player of Red Dead Redemption II for some time now. However, little to no information had been revealed about the online functions of the game. In a post to their blog, Rockstar has announced that a public beta for Red Dead Online will launch in November. In the post, Rockstar talked about how the core mechanics from the campaign will translate over to Red Dead Online allowing players to explore and fight together.

If GTA online is any indication, Red Dead Online has the potential to suck players in for hour upon hours of crazy fun. At this time, there still much information about what players will be able to do in Red Dead Online, but just a date for the feature is enough to get everyone excited.