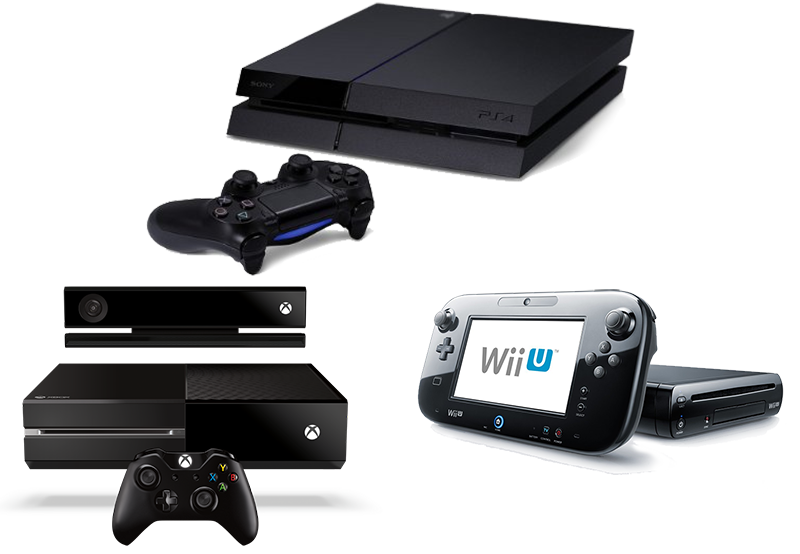 The PS4 and the Xbox One were released last year in November with the Wii U coming out in the U.S. in November of 2012. All three systems currently are pretty barren when it comes to titles. The Wii U has had a lack of games since its release, but is starting to pick up steam after the release of Mario Kart 8 and several others later this year. Microsoft and Sony’s consoles also have games coming out, but aside from the yearly franchises, we’re not getting much that’s new. What’s the deal? Well, this slump could actually be hurting more than people realize.
If you look at every launch throughout the industries life time, you’ll see a trend. Most of the time, you’ll just see games that show off the system’s power, or games produced by the company that made the system. You generally have one or two gems that keep people busy until the release of bigger games coming either right after the systems launch or the next holiday. But this generation is different.

While quite a few games are coming out in 2014 there several issues that are crippling next gen consoles and their owners. The biggest offender is multi generation games, meaning a game is developed for both the previous generation (Xbox 360, PS3, Wii) and the next generation. (Xbox One, PS4, Wii U) The PS2 kept receiving games well after the PS3 came out, but they were mainly sports titles and child friendly games. If you look at the games coming out exclusively for next gen systems, there are only 11 titles. (at the time of this writing). If you look even further, you’ll notice only 8 are brand new games. Every other game is being released for two generations of consoles, which hurts consumers.
The new generation has had the bestselling consoles of all time. But game developers are making games for previous generation consoles, this creates a betrayal. The new systems come out, people are wowed at what they can do, purchase the system, and are left rot for the coming months. The consumer buys a new console close to launch expecting more games, but every game is also being released on the previous generation. This makes the consumer feel as though he or she could be getting a lower quality product or he or she wasted money on the new system. Neither of these scenarios play out well for the companies. It forms a distrust that seems to be ever growing.

The 2014 game line-up could be good for some, bad for others. Personally, I think 2014 is a bit of a letdown when it comes to AAA titles. Nintendo isn’t too bad this year. But even then, I’d say I’m excited for maybe seven AAA titles this year. Which is quite heartbreaking considering I was expecting more from my next gen consoles at this point. The Wii U proved this to be an issue, and from the looks of it, the PS4 and Xbox one could easily end up in the same boat.

Indie games have been proving themselves as defining factors in the game industry, and I believe if the bigger companies don’t get their act together, the Indies very well could be the next system sellers. While No Man’s Sky is 100% indie, it is close enough to inspire other indie developers and prove that they could make a game that is on par to AAA titles or even better.